A day after arrest, former Odisha MLA sent to jail 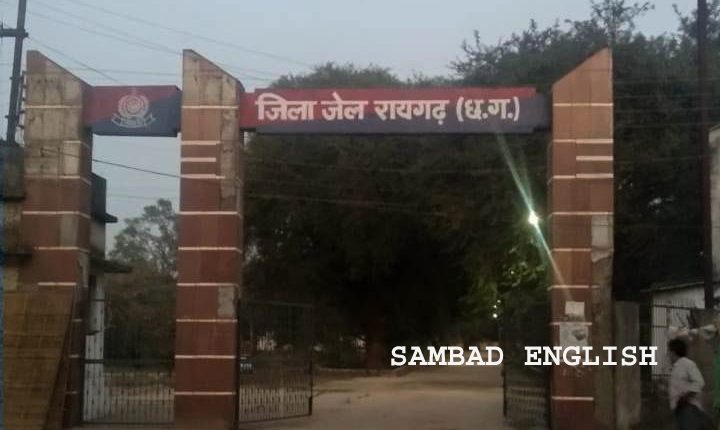 Raigarh: Veteran politician and three-time former legislator from Odisha’s Brajarajnagar Anup Kumar Sai was today sent to jail here as his bail plea was rejected in a case pertaining to double murder.

Sai was arrested late in the evening yesterday following intense grilling in a nearly four-year-old double murder case in neighbouring Chhattisgarh. He was picked up by Chakradhar Nagar police on Wednesday night after the accused did not appear before it for questioning despite repeated summons.

As per sources, he was subjected to rounds on interrogation for nearly 18 hours forcing the accused to spill the beans on the sensational matter which the Chhattisgarh police had taken it as a challenge to crack it.

Meanwhile, Bilaspur Range IG Deepanshu Kabra announced a cash award of Rs 20,000 each to the police personnel involved in the investigation of the high-profile case.

On May 7, 2016, police had recovered two bodies of a woman and a minor girl from near Sambalpuri few meters from Shakambari factory in Hamirpur area. The bodies of Kalpana Dash (40) and her 14-year-old daughter Babli were run over by a four-wheeler before being bludgeoned to death. This was done apparently to disfigure the bodies so that their identities could not be ascertained. This turned out to be a challenge for the police as they couldn’t trace the details of the deceased persons.

Investigation teams were formed and personnel were sent to six states to get leads on the case. Unexpectedly, a constable from Odisha identified the deceased from the photographs circulated by Chakradhar Nagar police. The constable Saroj Dash happens to be a relative of the deceased.

Saroj informed the in-laws of Kalpana who approached the Chhattisgarh police. The DNA test corroborated the fact that he was the father of the minor girl. This was the turning point in the investigation.

The estranged husband of Kalpana, Sunil Srivastava told police that his ex-wife had links with Anup Sai. Following this, police zeroed in on the former MLA. The police kept a close watch on the movement of the accused since last six months. The call records and other evidence pointed towards his involvement in the case. Though Raigarh police had got enough clues to arrest Anup Sai, they were waiting for the opportune time to nab him.

During interrogation, Sai told police that he was fed up with the woman as she was blackmailing him besides pressurizing him to get married.