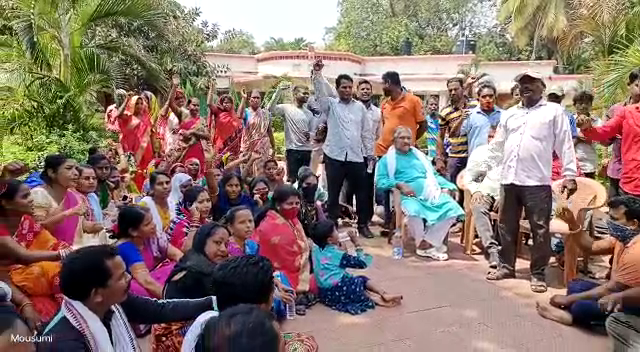 The slum dwellers resorted to the protest a day after the local administration demolished their houses, as part of its drive against illegal encroachments.

Despite the scorching heat, a large group of slum dwellers, including women sat on a dharna on the premises of the Minister’s house pressing for the demand.

Also Read: 200 apartments to be demolished in Bhubaneswar: Minister

“We had been staying in the area since years. The administration bulldozed our houses making us homeless. Where should we go now?,” said a woman protesters demanding immediate rehabilitation.

The agitators warned that they would continue their protest if their demand is not met at the earliest.

Battery of e-scooter explodes; one killed, three others injured in Andhra Pradesh