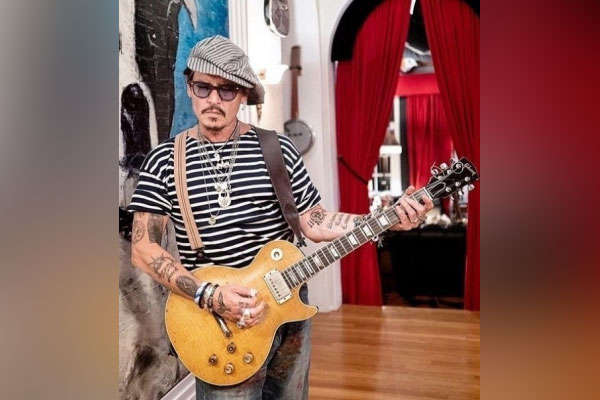 Los Angeles: A former agent for Hollywood star Johnny Depp testified that Amber Heard’s abuse allegations had a ‘traumatic impact’ on Depp’s image, and cost him the ‘Pirates of the Caribbean’ franchise.

Depp is suing Heard, his former wife, for $50 million, claiming that she destroyed his career by fabricating claims of domestic violence, reports ‘Variety’.

Carino testified that it became clear, through conversations with producer Jerry Bruckheimer and CAA co-chair Bryan Lourd, that Disney had decided it could not continue to employ Depp.

Carino said that the abuse claims were never openly discussed as the reason, but that it was simply “understood” within the industry.

Carino was friends with both Heard and Depp, and represented both of them at various points, though he said he no longer has a relationship with either of them.

He testified that Depp is “one of the finest actors of his generation”, and that has not changed despite the turmoil of his life in recent years. But he also said that the lawsuits with his former business manager, his former attorney, and with Heard have damaged Depp’s off-screen image.

“I think what he was known for off-screen was a shroud of mystery of who he was, because he was not visible to the public,” Carino said.

“It changed with the exposure that came with the lawsuits.”

According to ‘Variety’, Carino was asked about the production of the fifth ‘Pirates’ film, in 2015, and acknowledged that Depp was routinely late to set.

“I’m aware of him being tardy, but he’s been tardy on everything his entire life,” Carino said, adding that the production had figured out how to work around the issue.

Carino was vague about when Disney decided not to hire Depp for a potential sixth ‘Pirates’ film, which remains in limbo, saying at first that he could not specify even the year when it occurred. The timing of that decision is a key issue in the case.

Depp’s lawyers contend that it came just days after Heard published an op-ed, on December 18, 2018, in which she referred to herself as a “public figure representing domestic abuse”.

Heard’s lawyers argue that the decision was actually made earlier.

Depp’s lawyers presented Carino with an email chain from December 20, 2018, in which Depp’s agents and publicist passed around a MovieWeb article that stated that Depp “won’t return” to the franchise.

“Were we told this officially from Disney?” Carino wrote.

Jack Whigham, another agent, responded, “No”.

Heard first leveled her allegations in May 2016, when she filed for divorce and sought a restraining order. The restraining order was later dropped and the couple issued a joint statement, in which they stated that neither had made false claims for financial gain.

According to ‘Variety’, on Wednesday, the jurors saw video depositions with two LAPD officers and a front desk employee who works at the Eastern Columbia Building, where Depp used to own several penthouses.

The officers were called to the penthouses on May 21, 2016, for a report of domestic violence. Heard refused to make a report, and the officers testified they saw no evidence of injury.