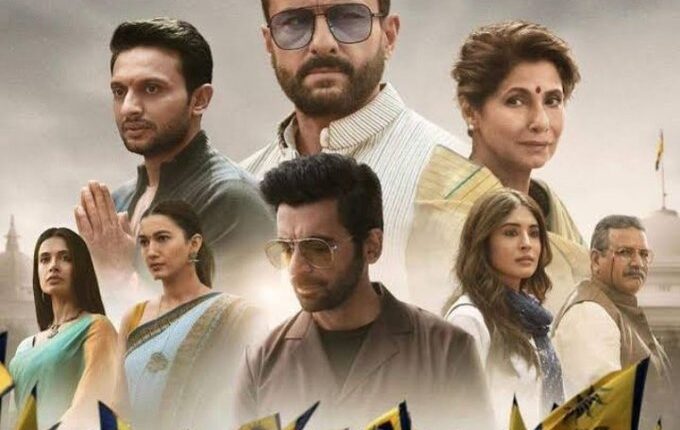 New Delhi: The actors and makers web series ‘Tandav’, including Saif Ali Khan and Ali Abbas Zafar, are likely to face arrest after the Supreme Court on Wednesday turned down their pleas for protection from arrest.

A three-judge bench headed by Justice Ashok Bhushan only issued notice on clubbing various FIRs registered across the country and asked actor Zeeshan Ayyub and others to move to high courts for quashing the FIRs or for bail in the matters.

Senior Advocate Fali S. Nariman requested for an order of no coercive action against the cast and producers of the web series. However, the bench refused to grant relief. “Approach High Court” said the top court.

During the hearing the apex court noted that it may consider the request for clubbing the FIRs, but it cannot take the power of the High Court under CrPC.

The observation was made after senior advocate Mukul Rohatgi requested the court to grant the petitioners no coercive step order, club the FIRS and issue notice to the parties.

Ahead of lunch, the top court had orally observed that freedom of speech was not absolute during its hearing on pleas seeking stay on FIRs against actors and producers of Tandav web series on Amazon Prime.

Justice Bhushan had expressed its disinclination to pass any direction to stay the FIRs. Senior advocates Fali S. Nariman, Mukul Rohatgi and Siddharth Luthra cited the top court judgment in Arnab Goswami case to seek relief in the matter.

Luthra argued that the director of the web series is being harassed. “Is this way liberty should be protected in the country and FIRs are being filed across the country,” he added. The bench observed that the right to freedom of speech is not absolute and it is subjected to restrictions.

Nariman submitted that apologies have been made, and despite that several FIRs have been filed in six states. Justice Bhushan replied: “You want the FIRs to be quashed, then why can’t you approach the High Courts?”

Nariman said the web series makers have removed the objectionable content and still there are cases being filed against them. The top court questioned, why petitioners have moved the court under Article 32.

The bench said the police can file closure reports too if apologies have been made.

Rohatgi cited Arnab Goswami case to move the top court after a violation of Article 19(1)(a). He added people get offended with anything and everything these days. “Please protect us with no coercive steps. We deleted content without any protest. Scenes have been deleted. Its a political satire,” argued Rohatgi.

Rohatgi submitted that People are so sensitive in this country freedom to speech under then 19 (1)(a) would be destroyed.

Success story of Hotstar, the Indian answer to Prime and…