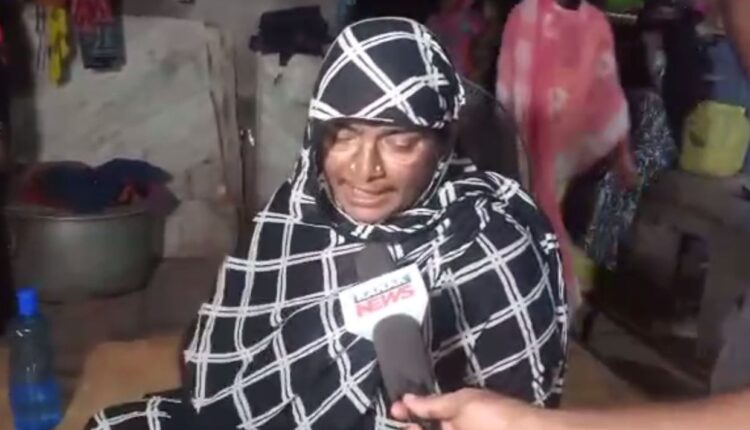 Cuttack: As soon as the news of gangster Sheikh Hyder’s death following a police encounter broke out today afternoon, his family members cried foul and accused the police of killing him.

Hyder’s wife Haseena said usually during a police encounter a criminal gets bullet injuries in legs not head or abdomen.

Demanding justice in her husband’s death case, Haseena stated she was not aware of shifting of Hyder from Choudwar jail to Baripada jail. From TV reports only, she came to know Hyder has been killed in the police encounter.

Another relative of Hyder alleged the police have killed him. She also asked why the police did not kill Hyder when they nabbed him following his escape from the jail custody in SCB hospital.

Former DGP Sanjeev Marik has demanded a probe into the encounter. The top cop questioned the manner in which the criminal has been shot. He said whether the criminal was handcuffed and chained in the waist while being taken to Baripada jail from the Chowudwar jail.

Whether he tried to escape or he was allowed to escape, the former police chief questioned adding that a through probe can throw light on this.

In order to maintain law and order situation, adequate police arrangement has been made at Hyder’s native place in Kendrapara district.

A cop said at around 3.20 PM today the police personnel fired at Hyder during an encounter injuring him near SImulia in Balasore district. The incident occurred when Hyder was being shifted from Choudwar jail to Baripada Ciricle Jail.

On the pretext of attending the nature’s call, Hyder requested the police personnel acommpanying him to stop the veichle near Simulia. When he along with the police personnel got down from the vehicle, the gangster attempted to snatch a policeman’s service gun in a bid to run away.

The cop added after warnings when Hyder did not relent a Sub-Inspector opened fire at him. The gangster sustained injuries in abdomen and left hand.

Hyder was rushed to the Balasore district headquarters hospital where he succumbed to his injuries.

In April this year, he had escaped from the SCB Hospital and was nabbed from Telangana after a 120-hour-long operation launched by the Commissionerate Police.