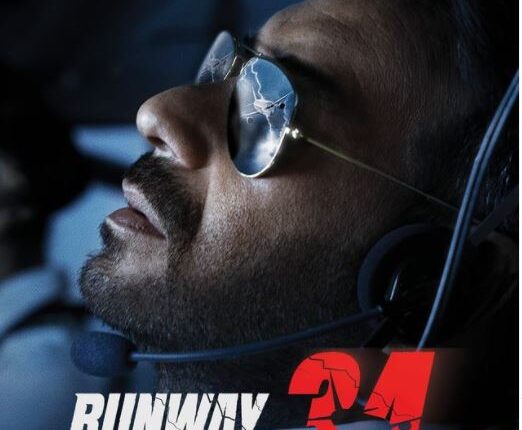 Mumbai/Bhubaneswar: The makers of ‘MayDay’ announced today the title of the movie has been changed to ‘Runway 34’.

Ajay Devgn, who is directing the upcoming movie, shared three posters and announced the release date on Instagram. While sharing the three separate posters, Devgn wrote, “MayDay is now Runway 34. A high-octane thriller inspired by true events that is special to me, for reasons more than one! #Runway34 – Landing on Eid, April 29, 2022 as promised.”

The three posters give a first look of Amitabh Bachchan, Ajay Devgn and Rakul Preet Singh. Take a look at the posters:

The ‘Runway 34’ is one of the most awaited movies of 2022. Boman Irani, Angira Dhar, Aakanksha Singh and YouTube sensation Carry Minati are also essaying key roles in the movie.

The ‘Runway 34’, which revolves around the functioning of the aviation industry, is inspired by a real-life 2015 incident that happened in India.

While Ajay Devgn Ffilms is the producer of the movie, Cinematography was done by Aseem Bajaj and Sandeep Kewlani wrote the script.