All accused in Mamita Meher murder case should be hanged: Congress 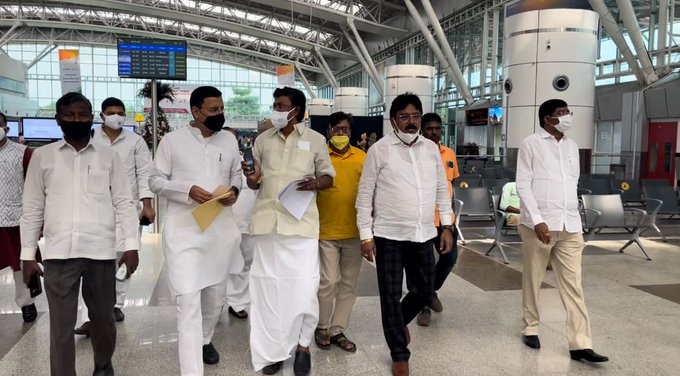 The Minister should be removed for impartial probe into the case and all accused persons should be hanged to do justice with family of deceased schoolteacher,” National Congress Spokesperson Randeep Surjewala told media after meeting the family members of Mamita Meher at Jharni village under Tureikela Block in Balangir district today.

A team of Congress including AICC Odisha in-charge A. Chellakumar, OPCC president Niranjan Patnaik and Congress Legislature Party (CLP) leader Narasingha Mishra visited the residence of deceased Mamita Meher earlier in the morning to show solidarity with the family members.

Seeking justice for Mamita, Congress leader Randeep Surjewala said, “We have come here to apply medicine to the wound area that not only has shattered a family, but also the soul of Odisha. The way the 24-year-old schoolteacher was killed, it reminds us of Nirbhaya incident.”

He alleged the ruling Biju Janata Dal (BJD) Government of transforming the land of Lord Jagannath into the State of crime.

Leveling serious allegation against Minister Dibyashankar Mishra, the Congress leader said, “Neither has FIR been registered against the accused minister nor was he dismissed from his position. It was not murder of a 24-year-old woman, but a question on safety and future of every woman of the State. The murder scene shown in films is more tragic in reality. We have taken a vow to fight for the family”

Apart from death sentence, the party demanded compensation amounting to Rs 1 crore for family of Mamita Meher and a government for deceased schoolteacher’s brother Bunty Meher.

Surjewala questioned the law and order situation of Odisha hitting out at Naveen Patnaik-led BJD Government over the murder of Mamita Meher.

Targeting Dibyashankar Mishra, he said, “Only one person is not guilty in the case. The person, who was shielding the prime accused, holds the Home portfolio as MoS and heads the departments like Energy, Industries and Micro, Small & Medium Enterprises of the State. Why he is not sacked yet? If he remains in power and supervises the police investigation into the case, who will punish the guilty? Here the protector is the predator. As told by CLP leader, the Minister should be removed first for fair probe in the case.”

He said that the family of Mamita Meher also demands death sentence for the accused persons. However, the justice can never to be done to the family till the minister stays in power.

“The BJD Government cannot punish the accused persons till the minister is not terminated by filing the case under section 120 (B) of IPC,” he said demanding for an SIT headed by Chief Justice of Orissa High Court for impartial probe into Mamita Meher murder case.

World Stroke Day 2021 Theme, History, Significance and Why it is Celebrated on Oct 29