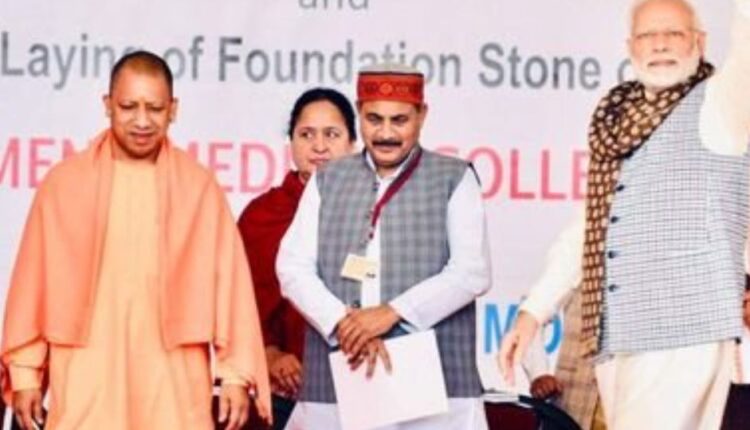 Chauhan is the second minister to quit after Swami Prasad Maurya. The OBC (Other Backward Classes) leader’s resignation comes as a huge blow to CM Adityanath as the Bharatiya Janata Party seeks re-election in the state. So far two ministers and four MLAs have quit and according to reports are set to join Akhilesh Yadav’s Samajwadi Party.

“I worked with dedication but I am resigning as I am hurt by this government’s oppressive attitude towards the backward, deprived sections, Dalits, farmers and unemployed youth and the neglect of quota for the backward and Dalits,” Chauhan said in a statement.

Maurya, who had resigned on Tuesday, setting off a political storm, has said that though he had not yet quit the BJP or joined Samajwadi Party, there was no question of his return.

“I have rejected the BJP and there is no question of going back,” he told reporters on Wednesday.

“I have only quit as a minister. I will quit the BJP soon. For now, I am not joining the Samajwadi Party,” he stated.

Maurya said that his resignation had set off a storm in the BJP and had shaken the party.

He further said, “I will speak to my people today and tomorrow. I will reveal my next political move on Friday. I will also tell you my decision and who will come with me.”

According to reports, the BJP had made efforts to convince Maurya to change his decision and some senior leaders had even spoken to him on phone after his resignation.

In a first of its kind, genetically-modified pig heart transplanted in human