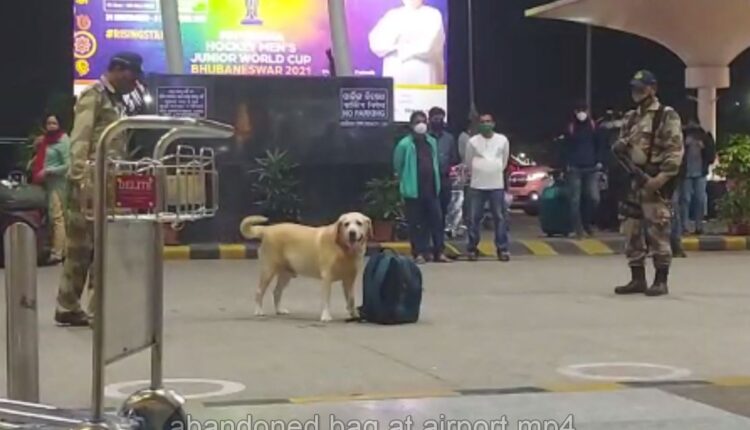 Bhubaneswar: The Central Industrial Security Force (CISF) personnel deployed at the Biju Patnaik International Airport here got into tizzy after a bag was found abandoned near the passenger arrival entrance today evening.

As no one claimed the bag and it remained lying abandoned near the passenger arrival gate of the Terminal-1 of the airport, the CISF personnel were alerted.

The CISF personnel took the help of a dog squad from the security point of view.

Official sources said it has not been clear yet what items the bag contains.

An official on condition of anonymity said it is suspected an air passenger might have mistakenly left behind the bag near the airport terminal gate.