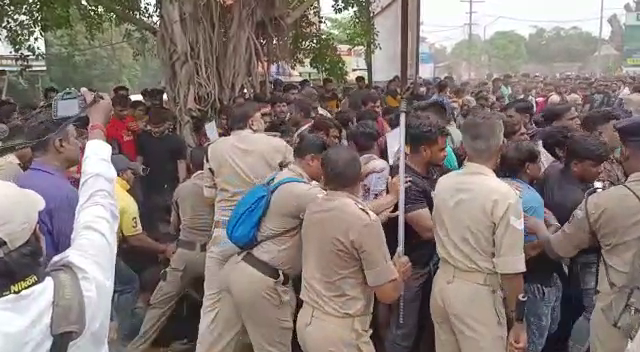 Cuttack: A scuffle broke out between people waiting outside the ticket counters of Barabati stadium here, where the much-awaited T20I match between India and South Africa is scheduled to be held on June 12.

As the situation went violent, police personnel deployed in the area resorted to lathicharge to take control over the situation.

As sale of offline tickets for general public began at 9 am today, hundreds of cricket fans, including women and children were found queuing up at the counters since wee hours.

Also Read: Barabati T20: Sale of tickets for public begins at counters as fans queue up from last night

Worth mentioning, around 12,000 tickets will be sold today and tomorrow. Total nine counters, including two special ones for women, have been set up for the purpose.

A person can buy a maximum of two tickets on offline mode. A valid Government ID proof like Voter ID or Aadhaar card will be required for purchase of tickets.

2 arrested for putting up tiles with pictures of Lord Shiva