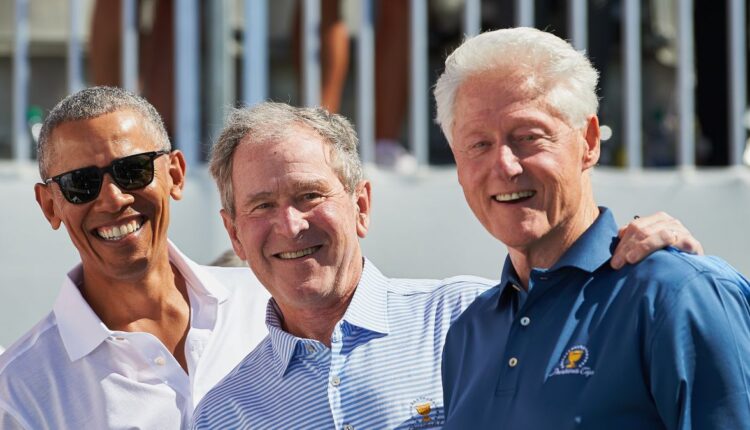 Former U.S. Presidents Barack Obama, George W. Bush, and Bill Clinton officially stated that they are willing to be vaccinated against the COVID-19 on Television to encourage the entire American and ease any public uncertainty over the safety of new vaccines.

Reuter report informed that George Bush and Obama’s predecessor is willing to get a vaccine on Television once the U.S. Food and Drug Administration grants emergency approval, according to Freddy Ford, Bush’s chief of staff.

In an interview with Sirius XM, the radio, Obama said, “I may end up taking it on T.V. or having it filmed, just so that people know that I trust this science. People like Anthony Fauci, who I know, and I’ve worked with, I trust completely,” Obama said. “So, if Anthony Fauci tells me this vaccine is safe, and can vaccinate, you know, immunize you from getting Covid, absolutely, I’m going to take it.”

He further said, “I may end up taking it on T.V. or having it filmed, just so that people know that I trust this science, and what I don’t trust is getting Covid-19.”

The official spokesperson Angel Urena stated in a statement that “Bill Clinton will definitely take a vaccine as soon as available to him, based on the priorities determined by public health officials. And he will do it in a public setting if it will help urge all Americans to do the same.”

U.N. spokesman Stephane Dujarric stated that Antonio Guterres, United Nations Secretary-General, would likely take a vaccine soon as one is available. However, those who need it first have access to it, like front-line workers.

As per the records, more than 3,100 people died from the coronavirus in America on Wednesday, a record single-day high.