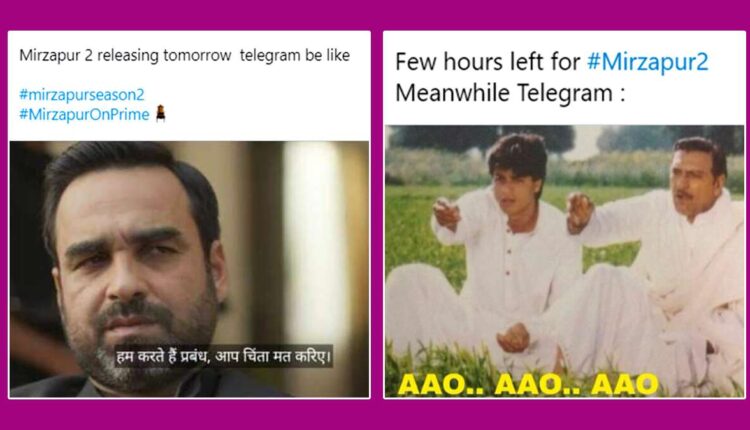 The most awaited series is back – Mirzapur Season 2 on Amazon Prime. Season 1 was a major hit because of the avid actions, powerful casting, impactful dialogues, and then memes that took the internet into a storm. Everyone was waiting for the second season due to the hype in the first season. The second season was dropped on Amazon Prime on 23rd October and maintained the top spot on Twitter’s trends list. And then hilarious memes and jokes surfaced on the internet due to the funny one-liner in the series. 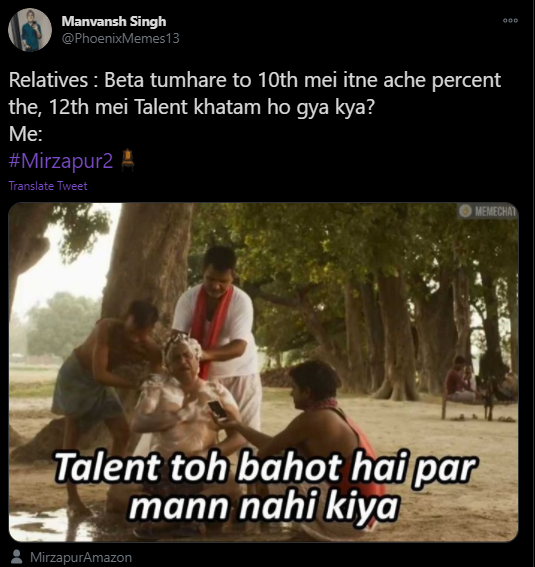 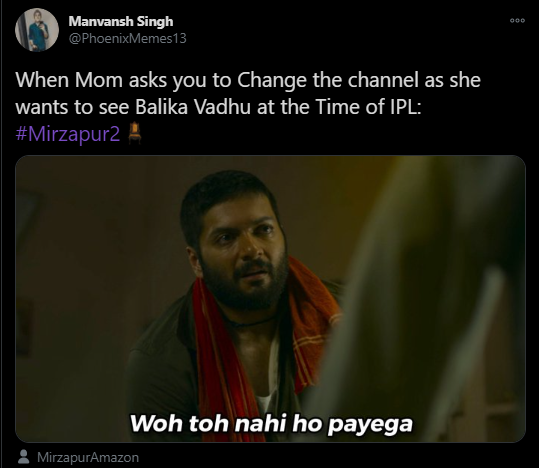 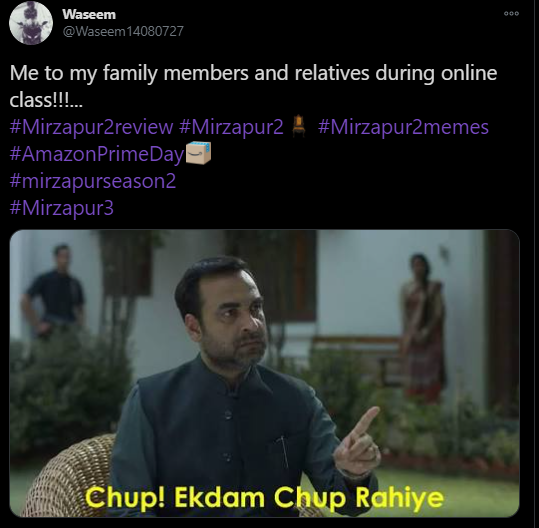 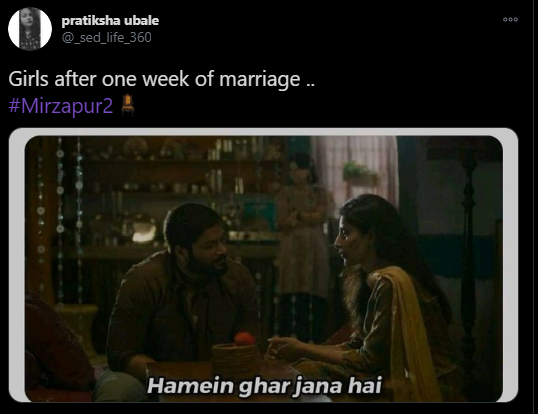 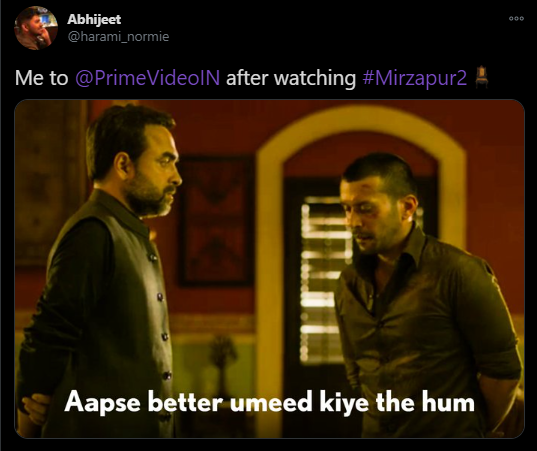 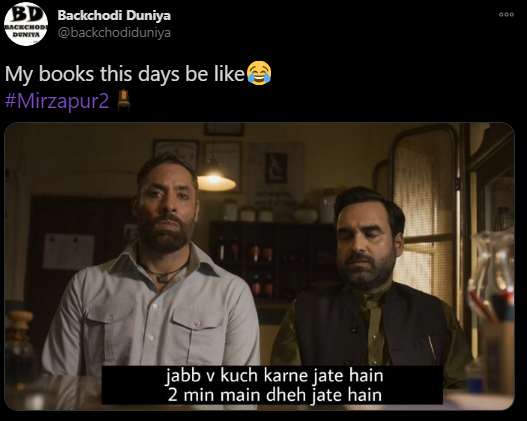 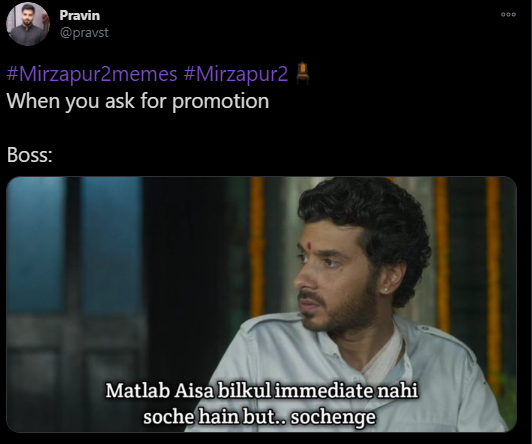 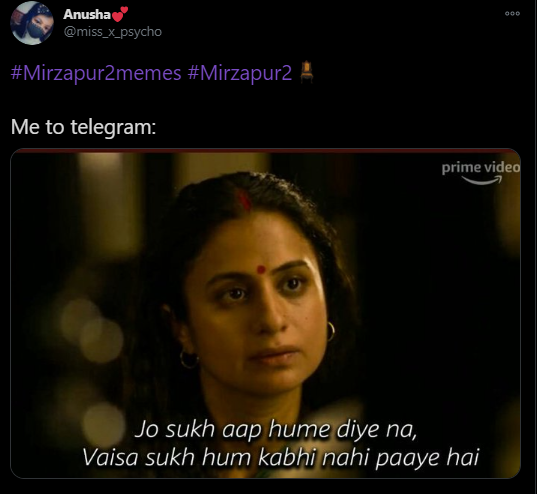 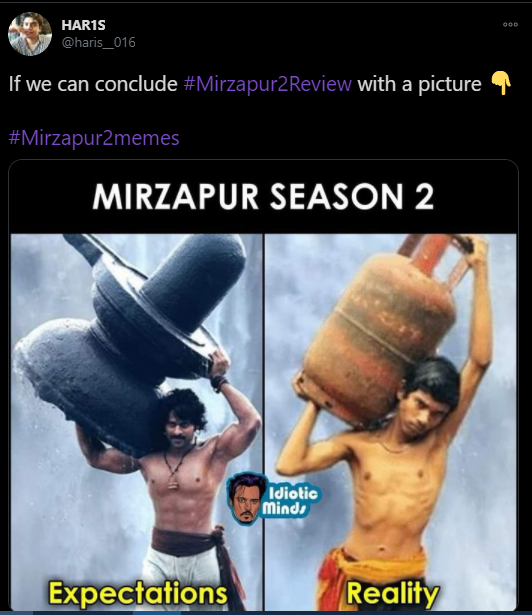 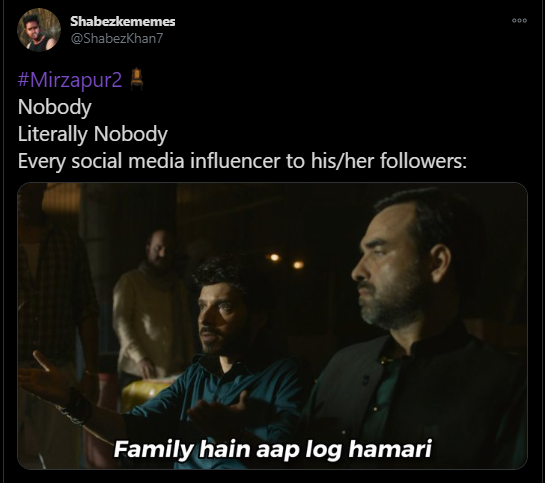 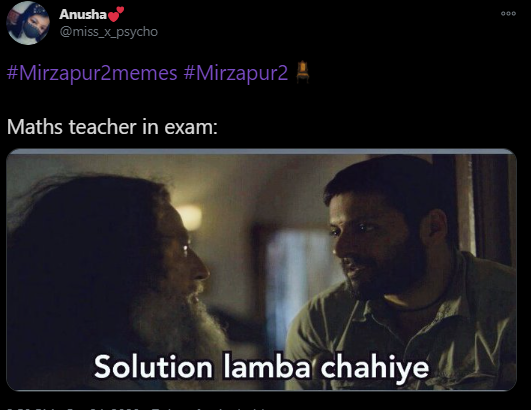