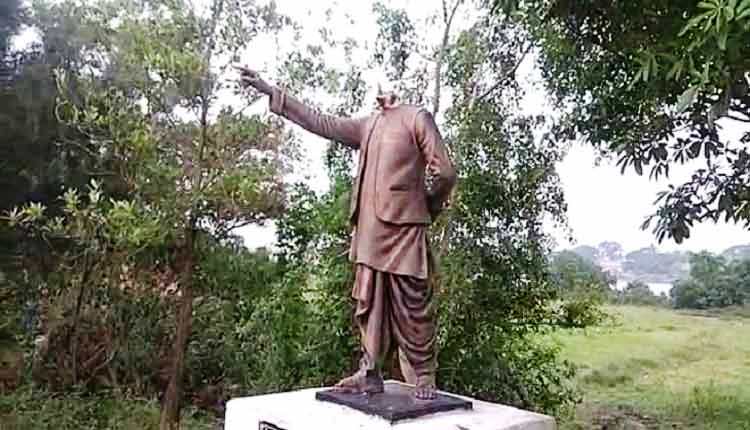 The statue, which was put up by Biju Smruti Sansad, was decapitated around 6.30 pm, locals alleged. Tension ran high at the spot following the incident as irate locals blocked Pattamundai-Rajnagar road at Trinath Bazar by burning tyres.

They demanded stringent action against those who have beheaded the statue. Vehicular movement came to a grinding halt for an hour due to the blockade. Later, police reached the spot and assured them of action against the wrongdoers, following which the blockade was withdrawn.

Worth mentioning, the particular statue was earlier decapitated in June this year.