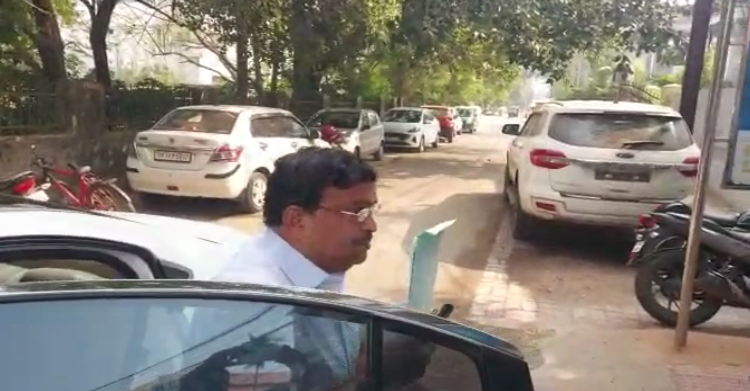 Bhubaneswar: In ongoing probe into money laundering case against Archana Nag, another businessman appeared before the Enforcement Directorate (ED) in connection with ‘suspicious’ monetary transaction with the woman blackmailer.

Reputed businessman and car showroom owner Gangadhar Samal, who is the brother of BJD MLA from Dhenkanal Assembly Constituency Sudhir Kumar Samal, appeared before the ED for interrogation to ascertain lakhs of financial transactions made with Archana Nag.

Sources said that financial transaction amounting to Rs 30 lakh was made between Gangadhar Samal and Archana Nag through the former’s car showroom.

A day after marathon interrogation of Shradhanjali Behera, Archana’s aide and one of the accused persons in the money laundering case, Samal’s appearance at office of the ED in Bhubaneswar raises doubt over alleged involvement of many politicians mostly from ruling BJD in Archana Nag case.

Earlier, businessman Amiyakant Das was questioned by the ED in connection with ‘dubious’ financial transaction with Archana Nag.

Reportedly, he confessed before the interrogating officials that he had deposited Rs 7 lakh in bank account of Archana during the financial year 2021-22.

According to the complaint, Archana was involved in a sextortion racket. She demanded Rs 3 crore from Parija threatening him of making his objectionable videos and photographs with a woman public.