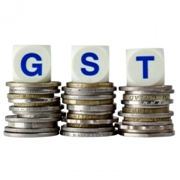 The constitution of the Goods and Services Tax (GST) Council with the Finance Minister of India as its chair was approved on Monday, with powers to recommend the indirect tax rate and establish a disputes redressal mechanism, among other matters.

The decision was taken at a cabinet meeting presided over by Prime Minister Narendra Modi, soon after the President gave his assent to the relevant Constitution amendment bill, followed by a notification in the official Gazette — that also took effect on Monday.

“The GST Council will consist of the Finance Minister, Minister of State of Revenue (both from the central government) and state finance ministers,” Principal Spokesperson for the Government of India Frank Noronha said, soon after the cabinet meeting.

In effect, the empowered committee of state finance ministers on GST will be co-opted into the council.

The secretariat will work out of the national capital. Officials said Finance Minister Arun Jaitley has already convened the first meeting of the GST Council over two days from September 22 in New Delhi.

Apart from recommending the tax rate and the mechanism to resolve disputes, the council will also make suggestions in areas such as goods and services that may be exempted, model laws and rules on the subject, special rates during adversities and special provisions for some states.