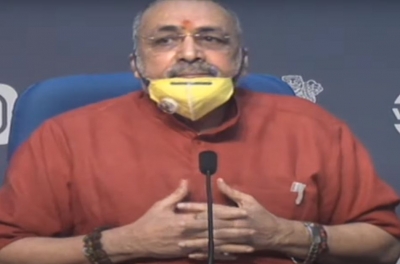 This was decided at a meeting held between Singh and Odisha Panchayati Raj & Drinking Water Minister Pradip Kumar Amat in presence of Union Education Minister Dharmendra Pradhan in the national capital on Thursday.

Issues related to implementation of the Pradhan Mantri Awas Yojana (Gramin) in the state have been resolved at the meeting.

“There should be transparency, no corruption and proper monitoring on implementation of the PMAY scheme. All genuine beneficiaries should be included under the PMAY-G and the ineligible persons should be removed from the scheme,” Singh told reporters.

During the meeting, Singh raised concerns over several irregularities flagged by the Central team of the rural development ministry that visited Odisha to verify and review the status of PMAY (G) scheme in the state.

There were as many as 37 per cent anomalies in the list of beneficiaries, discrepancies in uploading data on was – soft website, fudging in beneficiaries bank account numbers, transfer of funds to non-eligible persons and denying benefits to legitimate individuals.

Singh also raised serious objections to the change of logo of the PMAY-G which is against the scheme guidelines. The Union Minister also advised the state to put up the PMAY logo of the central government on the houses.

“He (Amat) will inform Chief Minister Naveen Patnaik about the advice and I will take further action after receiving a letter from the CM,” said Singh.

He further said the union rural development ministry, together with the state government, has a target to provide houses to the more than 8 lakh beneficiaries in Odisha. The tribal and backward districts should be accorded priority.

It was agreed in the meeting that anomalies pointed out by the Central team will be resolved and punitive action will be initiated against fraudulent beneficiaries and complicit officials.

Speaking to the reporters, Amat said the state government has dismissed 22 officials from services while 44 officers have been suspended and actions have been taken against 268 other employees.

The Odisha government does not tolerate corruption and would take stringent action against corrupt officials, he said.