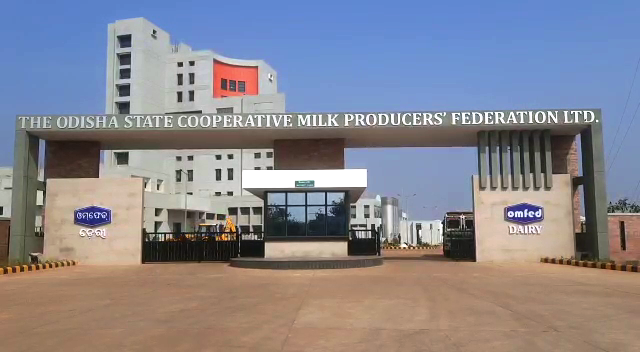 Set up at a cost of Rs 263 crore, the plant is the biggest one in the state and has a capacity to process five lakh litre milk per day. Equipped with advanced facilities, the plant will produce various milk products such as milk powder, cheese, paneer and butter.

Inaugurating the facility, the CM said, “Omfed belongs to our farmers and is the contribution of over three lakh people of the community. It was established with an aim to protect the farmers’ interest. The state Government always stands with them. The plant will help millions of milk producers and enhance their income capacity.”

Patnaik also attended a pubic meeting held on the occasion in presence of Chief Secretary Suresh Mohapatra and Minister Arun Sahoo, among others.

Though tight security was put in place for the CM programme, workers of Opposition BJP and Akhil Bharatiya Vidyarthi Parishad (ABVP) members hit the streets at different places in the district this morning prior to his visit.

Several workers of the saffron party staged a protest  near Trisulia Chhak on the city outskirts reiterating their demand for dismissal of Minister of Home (MoS) Home Dibya Shankar Mishra in schoolteacher Mamita Meher murder case and justice to deceased girl. Later, police detained many of the activists to avoid any unpleasant situation. Similarly, another group of the party workers staged stir near Sri Sri University in Naraj over the same issue.