The district, which shares 31.6 % of the total cases in the state, has been reporting positive cases in three digits every day since July 1. 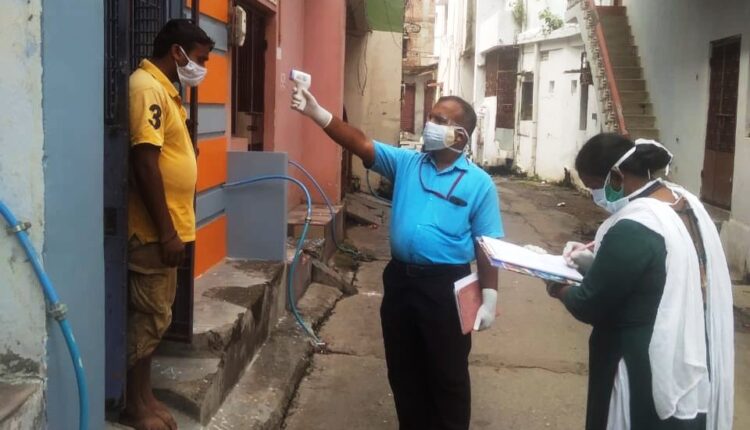 Berhampur: While Odisha is witnessing a rising trend in COVID-19 positive cases in the recent past, the situation is alarming in Ganjam district, which shares 31.6 % of the total cases in the state. Today, the district reported 231 cases.

The first case in the state was reported from Bhubaneswar on March 15. After remaining in Green Zone for nearly two months, Ganjam reported its first case on May 2 and in a short span of time, the tally crossed 5000-mark. So far, the southern district has reported 5098 cases and 50 COVID deaths.

Since July 1, the district has been registering COVID-19 cases in three digits every day with highest 320 recorded on July 10. In the last 10 days, it has registered 2477 cases.

As per the information shared by the district administration, the 50 COVID deaths include 7 Corona Warriors and two working journalists.

Worth mentioning, the district has been witnessing a quantum jump in positive cases following influx of migrants from Surat. More than two lakh migrant workers have returned to the district from various states, mainly from Surat in Gujarat.

Though the record spike in positive cases with most of them being locals contacts indicates at community transmission in the district, the administration yesterday claimed the situation in the district is improving as 2564 of the 3066 villages are under Green Zone and only 502 are under Red Zone.

Keeping the alarming situation in view, the administration took precautionary measures like shutdown and sealing of the district border. Around 200 health teams, each comprising a doctor and two Anganwadi workers were recently engaged in contact tracing and doorstep health screening in the district.

Stay fit or else retire: Commissionerate Police to all cops