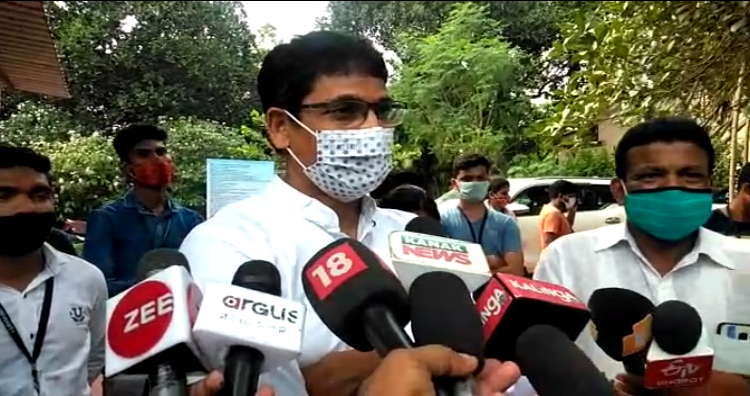 Bhubaneswar: Taking note of outrage by the students of Utkal University over decision on vacating hostels in view of COVID-19 resurgence, the State Government allowed the students to stay in hostels for the time being.

“The hostels will remain open for the time being. Further decision will be taken in view of COVID-19 situation in the State,” Higher Education Minister Arun Sahoo said while assuring the agitating students.

He suggested the students to stay in hostels on premises of the Utkal University with adherence to the COVID-19 guidelines.

Earlier in the day, hundreds of students of Utkal University took to streets and blocked the NH-16 protesting against the BMC’s direction to educational institutions for vacating hostels in view of upsurge in COVID-19 cases.

The vehicular movement on Acharya Vihar-Vani Vihar route came to a standstill for a while due to agitation.

By the order of Bhubaneswar Municipal Corporation (BMC), the Utkal University on Thursday had decided to vacate 14 hostels inside the campus. Opposing the decision, the students staged the protest in front of the entrance of university. Later, they sat on dharna at Vani Vihar Square.

Madhavan Mukund to be next head of Chennai Mathematical Institute

Centre issues advisory to States on how to tackle Covid…