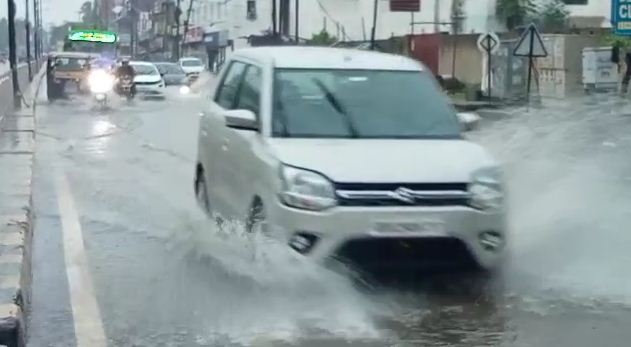 Bhubaneswar: The Special Relief Commissioner of Odisha, Pradeep Kumar Jena today alerted the Collectors of the districts for which the India Meteorological Department issued orange and yellow warnings.

In a letter, Jena directed the District Collectors, especially those of the districts for which the warnings have been issued, to be prepared to meet waterlogging or localized food like situation. Also, the SRC asked them to take steps to address localized flooding in urban areas and possible landslide in hilly areas.

“Continuous vigil of low lying areas, dewatering wherever required including urban areas may be taken up,” the letter read.

The orange warning has been issued for Gajapati, Ganjam, Puri, Khordha, Nayagarh, Jagatsinghpur, Kendrapara, Cuttack, Bhadrak, Balasore and Jajpur districts where heavy to heavy rainfall is very likely to occur. One or two places of Ganjam, Puri and Jagatsinghpur districts are likely to experience extremely heavy rain. The forecast is valid from 8:30 AM of December 4, 2020 to 8:30 AM of December 5, 2021.

The Orange warning has been issued for Balasore, Bhadrak, Kendrapara, Jagatsnighpur, Jajpur, Cuttack, Keonjhar, Dhenkanal and Mayurbhanj districts from 8:30 AM on December 5, 2021 to 8:30 AM of December 6, 2021.

The SRC further stated the Collectors should ensure advice for fishermen are strictly implemented.
The IMD predicted that the sea condition will be rough to very rough over along and off north Andhra Pradesh-Odisha coast from mid night of December 3 and become high to very high from December 4.

Fishermen out at sea have been advised to return to coast by the morning of December 2, 2021.

A low pressure area over Andaman sea is likely to emerge during next 12 hours. The low pressure will concentrate into a depression by December 2 and further intensify into a cyclonic storm over Bay of Bengal in subsequent 24 hours.