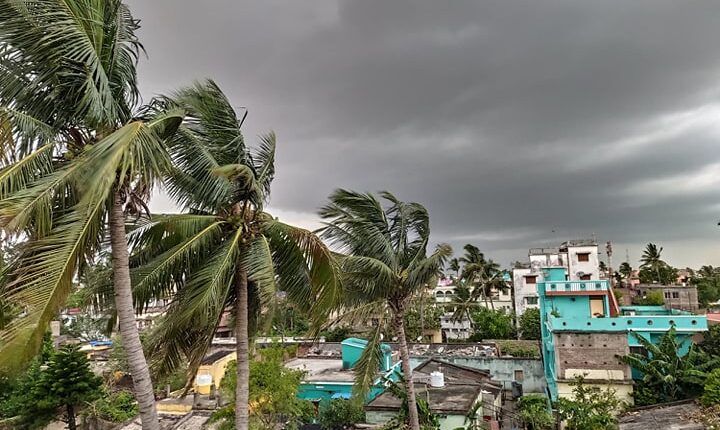 Bhubaneswar: Cyclonic storm Yaas over east central Bay of Bengal has intensified into a Severe Cyclonic Storm. It is very likely to move north-northwestwards, intensify further into a Very Severe Cyclonic Storm during next 12 hours. It would continue to move north-northwestwards, intensify further and reach northwest Bay of Bengal near north Odisha and West Bengal coasts by 26th May early morning. It is very likely to cross north Odisha-West Bengal coasts between Paradip and Sagar Island around Balasore, during noon of 26th May as a Very Severe Cyclonic Storm, a bulletin of the India Meteorological Department (IMD) issued today at 5 AM said.

It would further increase becoming gale wind speed 155-165 kmph gusting to 185 kmph over northwest Bay of Bengal and along & off north Odisha and adjoining West Bengal coasts including Jagatsinghpur, Kendrapara, Bhadrak, Balasore districts of Odisha, 100-120 kmph gusting to 145 kmph over Mayurbhanj district of Odisha & East Medinipur & South 24 Parganas districts of West Bengal from early hours of 26th May.