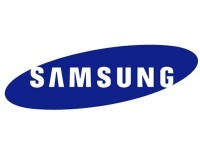 Seoul: Even as Samsung expects to post record profit, its Vice Chairman and Chief Executive Officer Kwon Oh-Hyun on Friday said he will step down from the position next year.

“It is something I had been thinking long and hard about for quite some time. It has not been an easy decision, but I feel I can no longer put it off,” Kwon was quoted as saying.

“As we are confronted with unprecedented crisis inside and out, I believe that time has now come for the company to start anew. With a new spirit and young leadership to better respond to challenges arising from the rapidly changing IT industry,” he added.

Operating profit was estimated at 14.5 trillion won ($12.8 billion), compared with 5.2 trillion won tallied a year earlier, the company said in a regulatory filing.

The CEO added that Samsung Electronics is facing a grave situation despite it making record-breaking earnings.

“(The earnings) are based on the investment made in the past. But (at the moment) we are hard-pressed to read future trends and find new growth engines,” Kwon said.

Samsung did not announce the performance estimates of each business division, although the chip business is anticipated to have played a key role in the record-beating report.

The guidance report indicates the overall operating margin for the third quarter came to 23.4 percent, also setting a new record.

The company is set to release its final earnings report later in October.
(IANS)