Digital December: Movie buffs have a lot to watch out for on OTT 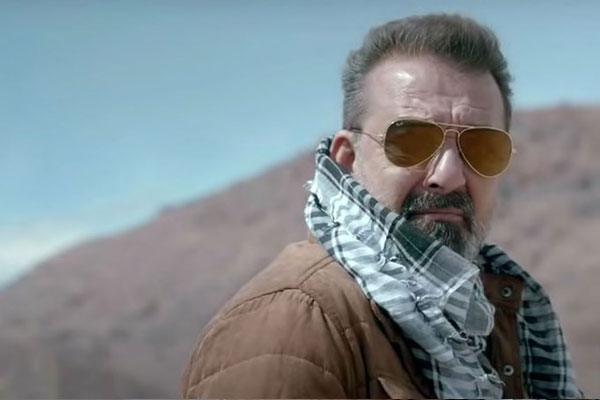 New Delhi: Cinema theatres have opened, but all the remaining films of the year were already sold to various OTT platforms during lockdown. While many of these films have already dropped straight to streaming platforms, having bypassed theatrical release, a slew of exciting content for movie buffs is in store in the month of December.

Here’s list of  films lined up on OTT in December:

Back in 1998, the animated version of Mulan had delighted kids. Cut to 2020, the film now has a live-action version. Filmmaker Niki Caro brings the epic tale of China’s legendary warrior to life in Disney’s Mulan, which has a young woman risking everything out of love for her family and her country to become one of the greatest warriors in China. Starring Yifei Liu and Jet Li, it arrived on Disney+ Hotstar Premium on December 4.

Starring Oscar winner Gary Oldman along with Amanda Seyfried and Lily Collins, the David Fincher directorial will take you back to Hollywood of the 1930s. The industry is re-evaluated through the eyes of alcoholic screenwriter Herman J. Mankiewicz as he races to finish the 1941 classic Citizen Kane, considered by most the greatest films Hollywood ever made. Mank released on Netflix on December 4.

Sadak 2 starring Sanjay Dutt was a dud upon release on OTT earlier this year, and the superstar will hope to bounce back with Torbaaz. The film tells the story of a man who rises above personal tragedy and decides to transform the lives of refugee camp kids who are on the path of destruction, through the game of cricket. Directed by Girish Malik, it is set to release on Netflix on December 11.

Another Bollywood film lined up for release on December 11 is the horror drama Durgamati, with Bhumi Pednekar leading the cast. It tells the story of an innocent government officer who is made a victim of a major conspiracy involving powerful forces. The film will be available on Amazon Prime Video.

The film helmed by Ryan Murphy revolves around a group of Broadway stars who attempt to help a high school girl in Indiana who just wants to attend prom with her girlfriend. Starring Meryl Streep, James Corden and Nicole Kidman, the film will release on December 11 on Netflix.

With telly star Hina Khan leading the cast, Wishlist is about a couple, Shalini and Mohit, who work tirelessly to have a brighter future but forget to enjoy with each other in the journey called life. When struck by a heart-breaking news, Mohit and Shalini are brought together by their long-lost wishlist of forgotten dreams — which they finally decide to live. A film by Rahat Kazami, it goes live on December 11 on MX Player.

It is the late actor Chadwick Boseman’s final film. The film, set in Chicago of 1927, tells the story of blues artiste Ma Rainey. It also throws light on musicians dealing with issues of race, music and relationships. It will be available to stream on December 18 on Netflix.

With George Clooney as the director and actor, the film is about a lone scientist in the Arctic who races to contact a crew of astronauts returning home to a mysterious global catastrophe. It will drop on Netflix on December 23.

The action film will show how the fate of Earth is dependent on a brutal tournament. The Ethan Spaulding directorial will be available from December 24 on Amazon Prime Video.

The Varun Dhawan-Sara Ali Khan starrer is a romantic comedy that tells the story of a matchmaker, Jai Kishen, who, upon being insulted by Rosario, a rich businessman, decides to teach him a lesson by getting his daughter married to Raju, a coolie, who poses as a millionaire. Directed by David Dhawan, the film, which is a remake of the 1995 movie with the same name, will release on Amazon Prime Video on December 25.