Diwali 2022: Here’re guidelines on sale and bursting of firecrackers in Odisha capital 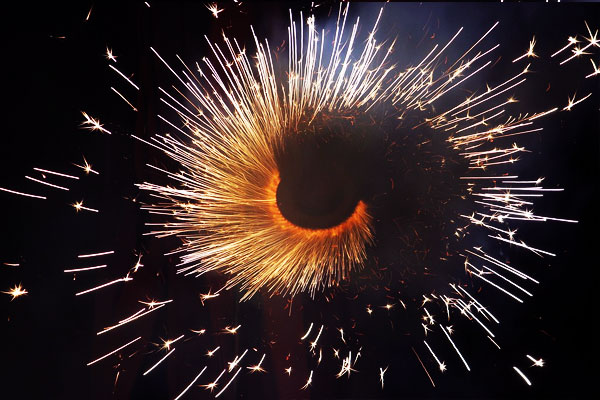 Bhubaneswar: As preventive measures to avoid untoward incidents on Diwali this year, the Commissionerate Police has issued guidelines on sale and bursting of firecrackers in Bhubaneswar.

As per the guidelines, the residents will be allowed to burst the firecrackers only for a period of two hours from 8 pm to 10 pm on Diwali festival that falls on October 24 this year.

Penalty will be charged from the concerned person if found bursting the crackers after the deadline, a police source informed.

The Commissionerate Police has identified 30 clusters allowing the traders to set up stalls for sale of fireworks in Bhubaneswar for Diwali.

According to reports, as many as 1500 fireworks stalls in clusters under 10 police limits including city’s outskirts have been allowed for sale. Each cluster will have maximum 50 stalls and there will be at least 3 metre distance between each stall.

For safety of businessmen, they have been instructed to set up stalls made of asbestos or tin sheet. There will be no flammable items such as oil, lantern or candle inside the stalls. If the stalls are connected with electricity, the wires should have been covered with the wall or ceiling.

The stall would be sealed if fireworks were sold in other locations, the Commissionerate Police warned asking people to inform the police about illegal sale of fireworks in their localities.

“If anybody has information on illegal manufacturing and stock of fireworks, please inform to our WhatsApp number 7077798111 of Bhubaneswar UPD,” the CP tweeted.

Also Read: Firecrackers to be sold at these places in Odisha capital for Diwali-2022

Here’re the guidelines issued by the Bhubaneswar UPD for use of fireworks during Diwali festival:

1. Buy the fireworks from the reliable sellers possessing license.

2. Always an adult should supervise the use of fireworks.

3. Safety precautions marked on the fireworks should be strictly followed.

4. Use a candle or an agarbati to ignite the fireworks.

5. Aerial fireworks should be used in a safe landing zone.

6. Dispose of fireworks properly by soaking them in water.

1. Never ignite fireworks while holding them. Put them down, then ignite them and walk away.

2. Don’t put fireworks in any container while igniting.

3. Any malfunctioning fireworks should be abandoned.

5. Never use fireworks inside house.

6. Use fireworks outdoors, but not on the public thoroughfare.

7. Never experiment or make your own fireworks.

9. Do not use spurious/illegal fireworks.