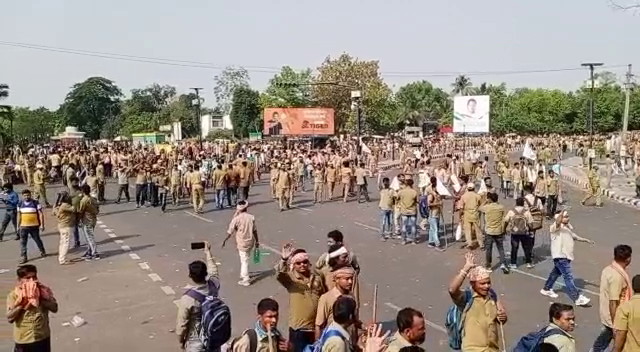 Bhubaneswar: State Transport Minister Padmanabha Behera today said a special committee will be formed to meet the demands raised by private bus drivers, who resorted to a mass protest in the state capital today pressing for fulfilment of the same.

Speaking to mediapersons after a discussion with the agitating drivers, the Minister said a committee consisting of officials from Finance, Transport, Home and Labour departments will be formed to consider the demands of Odisha Drivers’ Association. The team will visit various states to review steps taken by the respective Governments for bus drivers and submit a report in this connection.

Based on the report, necessary steps will be taken regarding fulfilment of the association’s demands within three months, he added.

Earlier in the day, vehicular movements came to a grinding halt in few parts of the state capital after bus drivers under the banner of Odisha Drivers’ Association hit the streets demanding fulfillment of a 10-point charter of demands.

Their demands include enactment of a special law for the protection of drivers, Rs 20 lakh compensation to their family in case of death, insurance coverage of Rs 10 lakh, pension after the age of 55 years, housing scheme, and facility of higher education for children of drivers.