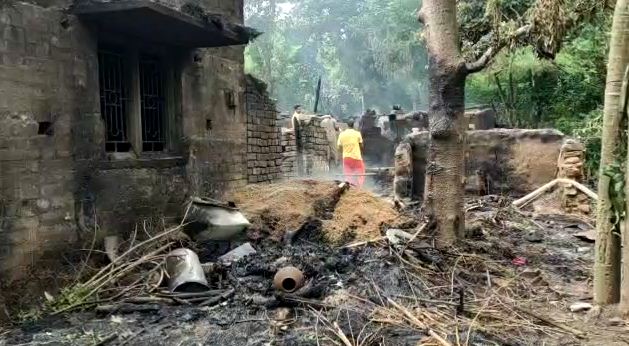 Jajpur: An elderly couple was allegedly burnt to death by some locals at Nimaplli village in Kalinganagar area of Odisha’s Jajpur district over sorcery suspicion.

It is being alleged that some villagers were suspecting the two of practising sorcery for which they set the house, inside which the couple was sleeping, on fire last night, as a result of which the duo was charred to death.

On being informed, police officials, including SP C S Meena, reached the spot this morning and initiated an investigation.

“Probe is underway. The circumstances under which the two died are being ascertained. We are also looking into the allegation of the couple being killed over sorcery suspicion,” the SP said.

A case has been registered in this connection at the Kalinganagar police station, he said.