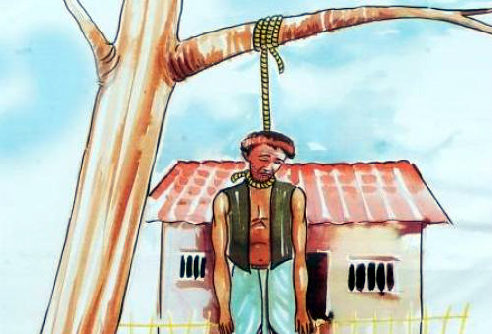 Jajpur: After a brief lull, an incident of farmer suicide in Odisha came to fore today as a sharecropper allegedly ended his life at Kantigadia village under Dharmasala tehsil of Jajpur district due to loan burden.

The deceased, identified as Subrat Das (41), had taken loans of about Rs 2.5 lakh from bank and private money lenders for agriculture.

Unfortunately, the agricultural output was dismal as a result of which he was under stress over repayment of the loan amount. Repeated approach of the money lenders for collecting the lent sum had worsened the woes of Das.

Finding no other way, he took the extreme step early this morning by hanging himself. He is survived by his wife and two children.