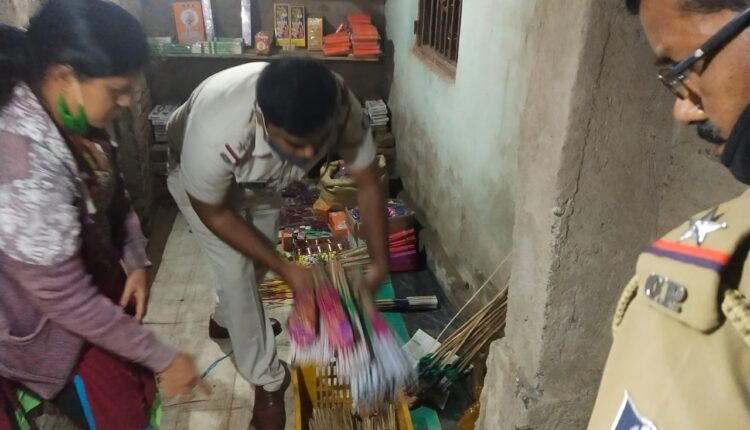 Jajpur: In a crackdown on illegal firecracker manufacturing, police last night seized firecrackers worth lakhs of rupees at Jalalpur village in Odisha’s Jajpur and arrested a person in this connection.

According to reports, firecrackers were being manufactured illegally at the house of one Mohan Jena. Acting on a tip-off, a police team raided the spot and arrested him besides seizing the firecrackers.

The accused has been forwarded to court while further investigation by police was underway.

Worth mentioning, the Odisha Government has banned the sale and use of firecrackers between November 10 and 30 in view of the COVID-19 situation.

Earlier, the Twin City Commissionerate Police had seized firecrackers worth lakhs of rupees in Jagatpur area of Cuttack city.