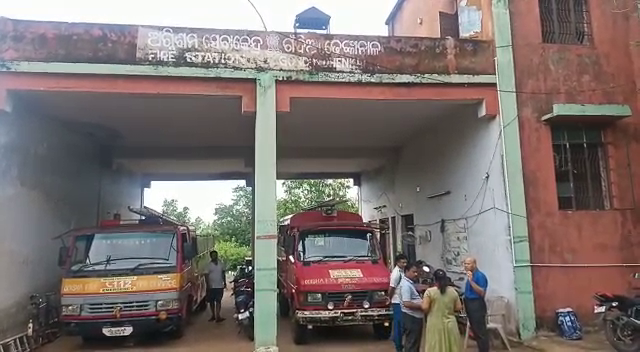 Dhenkanal: A fireman died under mysterious circumstances here in the district on Monday night.

The deceased fireman has been identified as Jayant Dharua, posted at Gondia Fire station in Dhenkanal. He was a resident of Bargarh district.

According to reports, Jayant along with other staff was playing carom yesterday night. Later, he was found injured on premises of the fire station.

With help of colleagues, he was rushed to the Sriramchandrapur Community Health Centre (CHC) in the office vehicle. The doctors referred him to the Dhenkanal District Headquarters Hospital where he was declared dead.

The prima facie suggested that he jumped off the office building to end his life.

“After regular roll call activity started at 9 pm on Monday, all the staff including Jayant were engaged at playing carom on premises of the fire station. During the game, he took a few minutes break and suddenly left the place. A few minutes later, he was found injured at the complex, said Akshay Kumar Pradhan, Station Officer, Gondia Fire station.

He denied that the deceased fireman had any disturbance at the fire station. It is yet to be ascertained under which circumstances he sustained fatal injury on the campus of the fire station.

“Jayant was a nice person. But, he had some health issues before joining the fire station here. Three to four days ago, he was found upset over some unknown reason. He was watching the clock many times during duty hours. He might have some issues in family,” the official said.

Rupee over 1 month high against US dollar