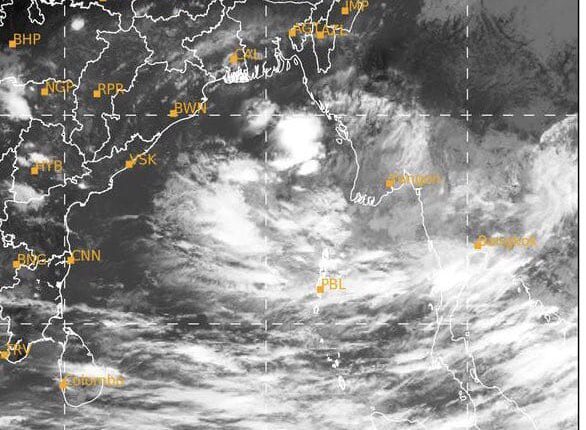 Bhubaneswar: Several districts in Odisha are likely to receive rainfall under the influence of a fresh low pressure formed over North Andaman sea and neighbourhood today.

Earlier the IMD had predicted that a depression is likely to cross north Andhra Pradesh and adjoining south Odisha coast on October 11 triggering heavy rainfall in several districts of the state.

Several districts including Malkangiri, Koraput, Gajapati, Rayagada, Ganjam, Puri, Kandhamal, Khordha, Jagatsinghpur, Kalahandi and Nabarangpur are likely to experience heavy rainfall on October 11 under the influence if the low pressure, the  IMD had cautioned.

Squally weather with surface wind speed reaching 45-55 kmph is very likely to prevail along and off south coastal Odisha districts, it added.