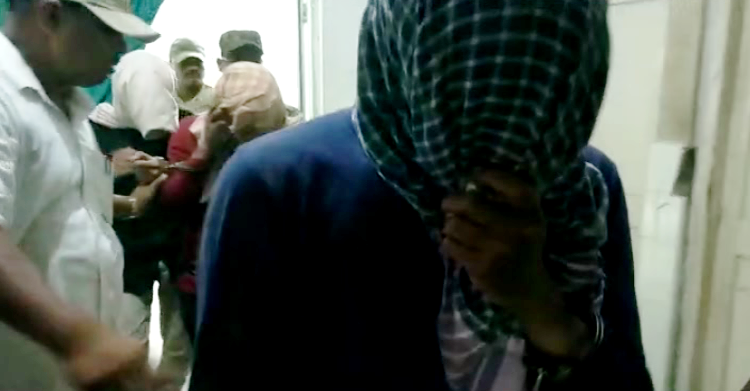 Bhadrak:  A few days after a minor girl was gang raped in front of her brother (cousin) near Gopalpur in Chandbali area of Bhadrak district, police yesterday arrested three more youth in  this connection.

This morning, the cops later took the trio to a hospital for medical examination. When asked, the accused refuted the allegations. “The allegation is false. Truth will be revealed once the medical test report comes in. We have no involvement in the incident,” said one of the accused.

With this, the number of arrests made in this case rose to four. Earlier, police had arrested one youth identified as Biswajit after the cousin reportedly managed to catch hold of him while he was trying to escape with other other accused after raping the girl.

As per the complaint lodged by her family, a 15-year-old girl was allegedly raped by four youth at around 4:30 AM on November 4 when she was going to her maternal uncle’s house after watching Jatra near Kalipadia. The bike-borne miscreants waylaid the two, gagged them and also thrashed the girl’s cousin before taking her into the bushes to rape her.

However, the girl’s brother managed to nab one of them and raised an alarm. Later, locals thrashed accused Biswajit before handing him over to police on the same day.