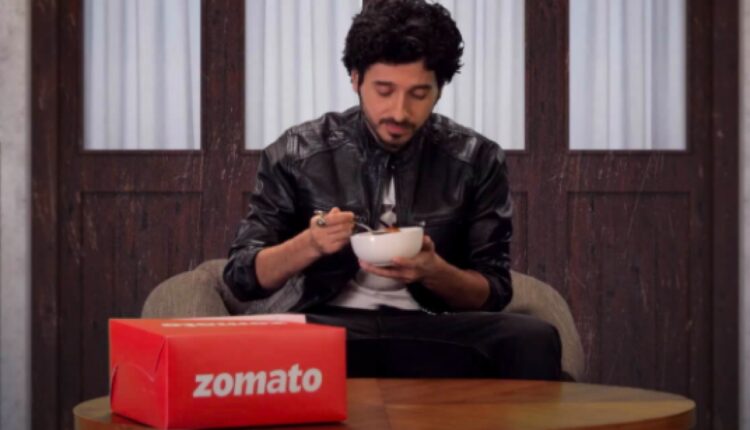 Zomato once again made headlines with its grade-A advertisement on its Instagram handle. In a recent post, the food delivery app uploaded a picture of a menu card featuring ‘Guddu Bhaiya’ special eggs. The post featured a menu card with only three dishes made primarily out of eggs. It was hilariously captioned “guddu bhaiya when he opens a restaurant” making a clear reference to the popular amazon original, ‘Mirzapur’. 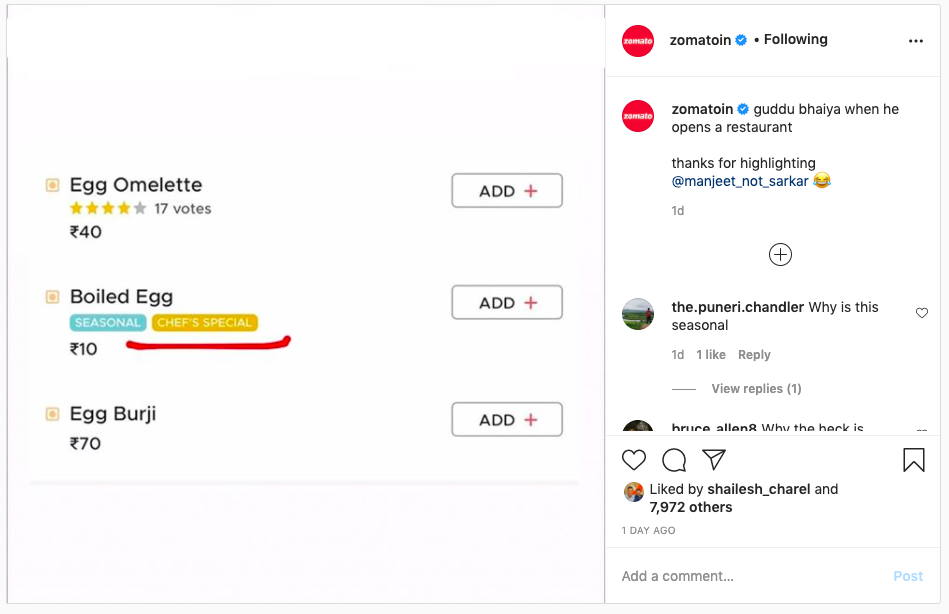 Unless you’ve been living under a rock, you’d know Mirzapur is a show set amidst the backdrop of a gangland in Uttar Pradesh. The binge-worthy season 2 of the show was recently released after making the fans wait for two whole years, making the menu even more popular among people.

The motivation behind Zomato’s joke that had fans crackling in the comments was one of the main characters from the show. Guddu Pandit,(played by Ali Fazal) who is the righteous goon in the show so fond of eggs that he can gobble down a whole tray in just one serving. Later in the show, Guddu Bhaiya can be seen flexing his muscles and rounding up goons. I mean the man needs to make use of those eggs one way or the other!

The show features it all; drugs, booze, guns, violence, corruption- you name it and you’ll get it. It has also been popularly been referred to as the Indian version of Game thrones where we witness multiple characters, well- murdering each other for revenge and to ultimately rule on the throne.

Not just Zomato, the internet is on fire with Mirzapur 2 memes.

OPPO launches a new variant of A15

The People’s Princess: we bet you haven’t heard these lesser known facts about…

Did you know your favorite Desi food is probably not Indian?