Hockey fans to meet players at Fan Village in Odisha 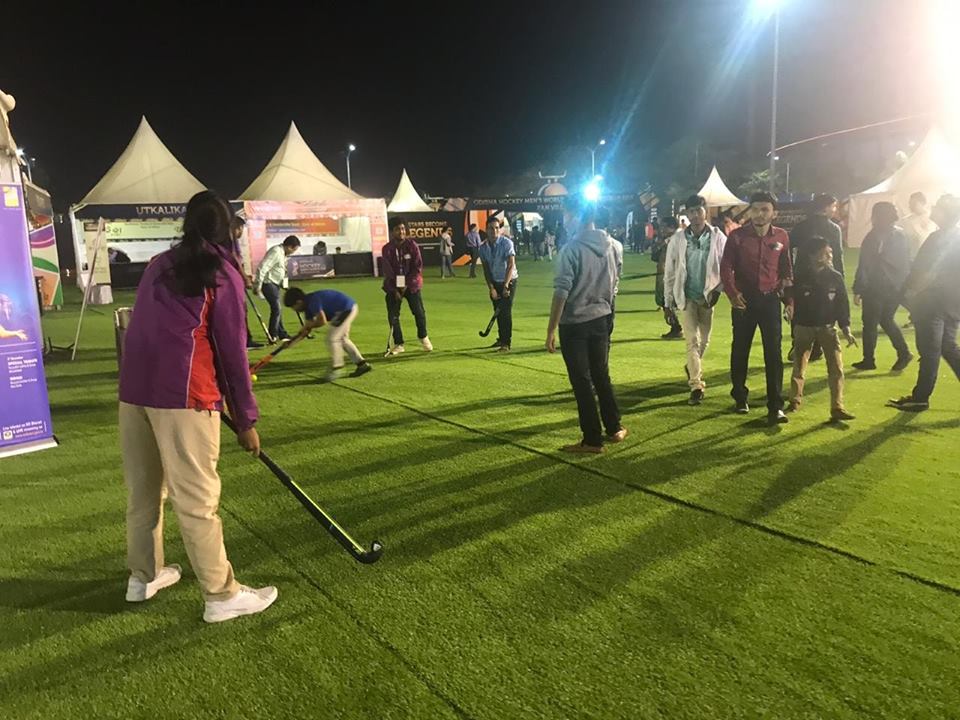 Bhubaneswar: In a first-of-its-kind initiative, hockey fans will get a chance to meet and interact with their favourite players participating in the Hockey Men’s World Cup at Kalinga Stadium here.

All participating teams will visit the Fan Village, set up on the premises of the stadium, in an attempt to offer the spectators an opportunity to see their favourite stars up close and personal.

There will be fun activities such as question and answer sessions with the players where the fans can ask them to sing, dance or even share their tips on hockey.

There will also be plenty of selfies being clicked with the team and the fans, a ball-juggling contest among players and much more which promises to leave the spectators enthralled.

The village set up in an area of 18,000 square meters has been designed to keep visitors engaged in various activities.

“We wanted to make the Hockey Men’s World Cup a truly memorable experience for the fans who have turned out in great numbers to cheer for their favourite teams and create an electrifying atmosphere in the stadium that motivates the players to perform their best,” said Elena Norman, CEO, Hockey India.

“While the spectators come and watch the exhilarating hockey action on the pitch, we wanted them to have an opportunity to meet their favourite stars up-close and the participating teams too were forthcoming to support the initiative,” she said.

While Belgium and South Africa will be the first of the teams to visit on December 4, the favourites at the prestigious event India too are expected to visit the Fan Village on the same day to meet their fans, said an official.

There are plenty of other activities in the Fan Village spanning about 18,000 sq meters inside the iconic Kalinga Stadium with activities that range from anti-gravity photo booth which lets people click gravity-defying photos in a hockey stadium ambience while those who wish to take a 360 degree photo can do so at the 360 degree photo booth.

The massive fan village spread across two grounds between Gate No.3 and Gate No.4 of the Kalinga Stadium opens at 1.00 PM on match days and features several eatery stalls including those of local specialties like the Odisha Millet Missions for those who prefer to eat healthy.

Trampoline for kids and cycles installed to create a video-game feel of a race are also some of the highlights. The organisers have also created a three-a-side hockey turf for those who feel inspired by their favourite stars playing the prestigious event and wish to emulate the action on a mini-turf.

There is also an India Post stamp stall where you can buy the newly-launched stamp for the Odisha Hockey Men’s World Cup 2018 apart from old stamps for collection.

Jugglers and magicians among other artists are present to ensure there is a lot more to do other than watch top-level international matches. Shopaholics can buy Odisha Handlooms and sportswear too.

“We hope the Fan Village will give spectators a different experience of the tournament. The idea was to engage fans and not just have them come watch top-level international matches. We wanted them to get a sports carnival feel,” said Sports secretary Vishal Dev.

Too early to decide fate of Tokyo 2020, says IOC chief