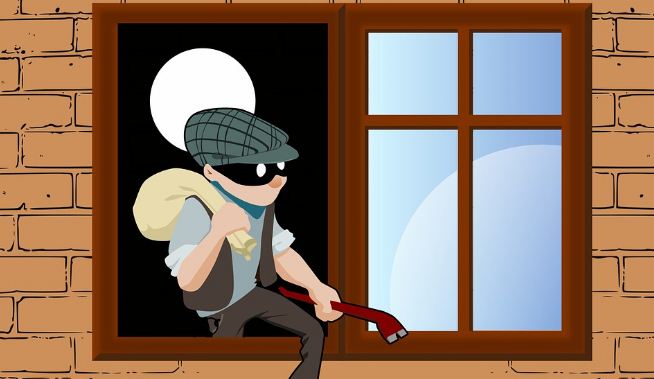 Kanpur: In a first of its kind incident, a family in New Jersey in the US managed to thwart a burglary attempt in their house in Kanpur by watching the CCTV footage in which miscreant’s were seen trying to break into the house.

The family immediately informed the Kanpur police that reached the house and caught the burglars while they were at work.

It was late on Monday night when Vijay Awasthi, 38, a software engineer in New Jersey, received an alert on his mobile phone. The signal was from the CCTV cameras and sensors he had installed at his ancestral house in Shyam Nagar under Chakeri police station.

As he watched the live footage of miscreants breaking into his house, he informed the police. Vijay also used the mic option to warn the intruders but the warning had no impact on them. Instead, they broke the CCTV cameras.

When the police reached the house, the burglars opened fire and one of them was injured in retaliatory firing and caught. The others managed to escape.

The arrested person has been identified as Sonu, a resident of Hamirpur district.

Vijay’s two sisters Poonam and Preeti live in the Barra area of the city. The keys of the house remain with both of them. The police called them immediately to cross-check the belongings.

DCP, East, Pramod Kumar, said that as a precautionary measure, police force has been deployed at the house. The condition of the injured miscreant is improving.

“We will interrogate him and find out about his accomplices who will be arrested soon,” he said.

Police said a tenant and caretaker were also living in Vijay’s house. But the tenant had gone to his village a few days ago.