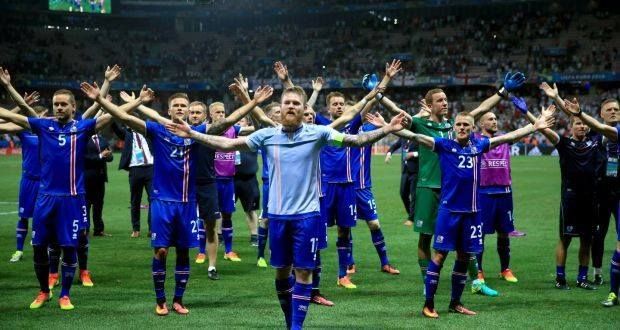 Madrid: Iceland, the revelation of Euro 2016, made history by qualifying for the World Cup for the first time while Serbia assured themselves of returning to the competition after missing the 2014 edition.

Iceland is home to just 334,000 people, making it the smallest country ever to reach the World Cup, Efe news reported on Monday.

The winners of Groups A and B — set to be decided on Tuesday — will also directly qualify, while eight of the nine second-place teams are to face each other next month in a playoff to fill the four remaining European slots.

Gylfi Sigurdsson and Johann Gudmundsson scored as Iceland bested winless Kosovo 2-0 to finish the qualifiers with 22 points, good enough for first place in Group I.

Trailing the Nordic side by two points are Croatia, who got a pair of goals from Andrej Kramaric to win 2-0 at Ukraine to claim second place and a berth in the playoffs.

A goal in the 74th minute by substitute Aleksandr Prijovic led Serbia to a 1-0 triumph over visiting Georgia, boosting their point total to 21, two more than Ireland, who nailed down second place with a 1-0 away win against a Wales squad missing the injured Gareth Bale.

It was the first home loss for Wales in 11 matches.

Monday’s Group G matches offered little in the way of drama, as Spain and Italy started the day in possession of the top two spots.

La Roja, with a squad, made up mostly of subs, beat Israel 1-0 in Jerusalem, while the Azzurri won by the same margin against Albania.
(IANS)