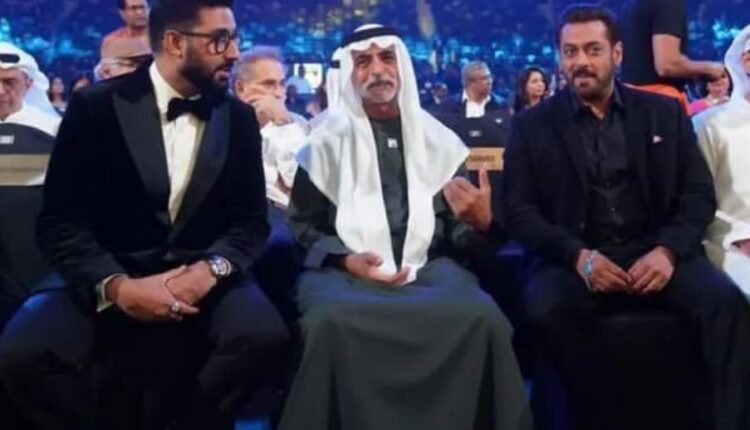 Mumbai: A picture of Bollywood superstar Salman Khan and actor Abhishek Bachchan sitting just one seat apart at the recently-concluded 22nd edition of IIFA awards 2022 has taken over the internet.

In the image, the two actors are seen having a deep conversation with Sheikh Nahyan as they got photographed sitting in the front row.

Fans could not seem to control their excitement on seeing the two actors together.

A user wrote: “Good to see them together… Matured people.”

Another wrote: “Abhishek and Salman in one frame.”