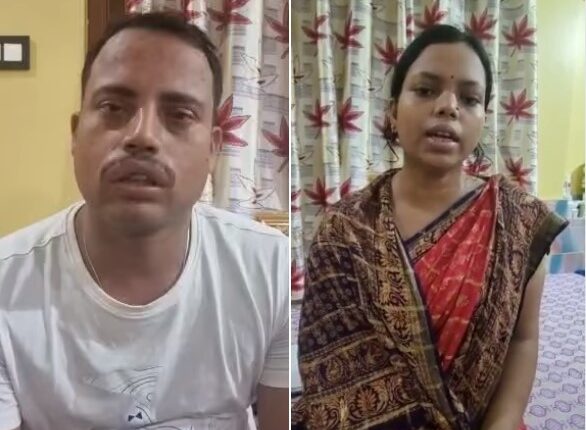 Panda, Excise Inspector of District Mobile Unit here, has also released a video stating that condition of his mental health has deteriorated post COVID infection and hence he needed the leave for his treatment.

In the video, he said, “I was infected with COVID-19 in October, 2020, following which I developed some mental health issues. After that I consulted Dr Nila Madhab Rath in Cuttack and was under medication for a long time. But now I am mentally unstable as I am not taking the prescribed medicines for the last one month due to unavailability of the same. The statement that I have given against police personnel is not at all true.”

The official also apologized the police department and the state Government for his “baseless” allegations.

“Police personnel in Puri including the SP are very cooperative. They work really hard. I have a lot of respect for the police department as well as the state Government. I am not mentally stable. Please forgive me for my false statement against cops in the district,” he said while pleading guilty.

Echoing the same, Panda’s wife Eliana said his husband has lost his mental balance as he is not under medication for the last one month due to negligence.

“Whatever he has said against police personnel was just a slip of tongue as he is mentally unstable. I pray for his early recovery,” she added.

Food allergy may cut risk of Covid infection by 50%: Study