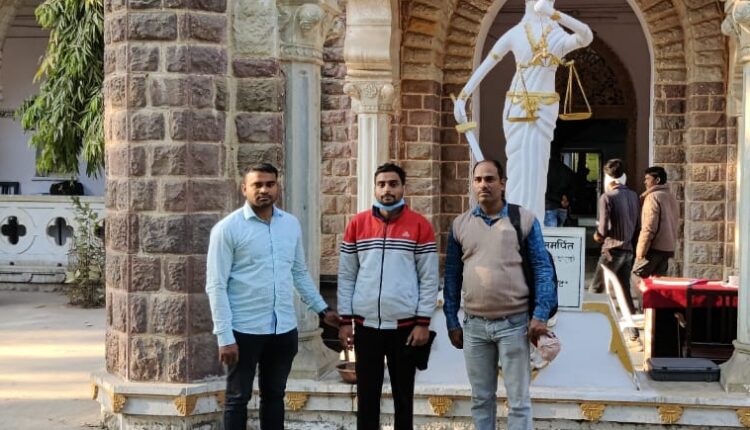 Share
Bhubaneswar: Odisha EOW arrested an IT expert from Madhya Pradesh in connection with the country’s biggest job frauds that was busted over a week ago.
RELATED

Arpit Panchal, a resident of Jaora in Ratlam district of Madhya Pradesh, was arrested on January 10 in an EOW case under sections 467/468/471/420/120-B of IPC.
A team of EOW brought the accused to Bhubaneswar after producing him before the JMFC Court in Jaora on January 11. He is the second accused arrested in the biggest job fraud scam.
According to reports, Arpita Panchal, a Bachelor in Engineering in Information Technology (IT), was part of the country’s one of the biggest organised job frauds. He is accused of duping at least 50,000 job seekers across the country.
The fraud was being perpetrated by a group of highly tech savvy engineers from Aligarh, Uttar Pradesh with the help of some expert website developers. The arrested accused being an IT expert is skilled in creating and designing websites and well conversant with at least 4 (four) computer languages. He is now employed with a private agency. He in connivance with Zafar Ahamad who has earlier been arrested in the case and other fraudsters created and designed at least 9 websites which looked like Government websites advertising various government jobs, the EOW said in a release today.  Read: EOW Odisha cracks India’s biggest job fraud in Uttar Pradesh, atleast 50,000 persons duped
The nine websites are:
1. www.jssy.com (Jiban Swasthya Suraksha Yojana)
2. www.rmssy.in (Rajya Janakalyan Gramin Swasthya Sansthan)
3. www.bjsry.in (Bharatiya Jana Swasthya Suraksha Yojana)
4. www.cgjss.in (Kshetriya Gramin Janakalyan Swasthya Sansthan)
5. www.bssya.com
6. www.musy.com
7. www.gmbss.in
8. www.gsmsss.in
9. www.cspy.in
The fraudsters developed and used many other websites too to cheat the poor gullible job seekers in many states. Out of the 9 websites, they were using 4 websites in Odisha in floating the advertisements and have duped at least 12,000 job seekers of Odisha alone in respect of the amounts varying from Rs.3000/- to Rs.50,000/- per each candidate.
So far, at least 22,000 duped job seekers have been identified from Odisha and Gujarat and the figures of other states like West Bengal, Karnataka, Andhra Pradesh etc. are under investigation. The remaining 5 websites are being used in other states for the purpose of advertisement in their respective regional language.
The investigation is still underway to unearth the involvement of others and the huge amount amassed by the fraudsters in this process.
Recently, the EOW of Odisha had busted country’s ‘biggest ever’ job fraud by arresting the mastermind identified as Zafar Ahmed (25). The job fraud was being operated from Aligarh in Uttar Pradesh.
india's biggest job fraudjob fraud

Fake journalist held for cheating Odisha youth on pretext of…