Is NCP the new ‘king-maker’ in Maharashtra? 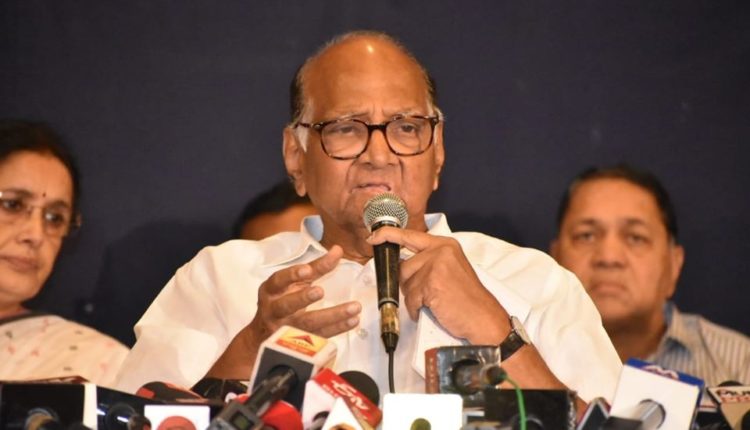 Mumbai: Hours after the day-break drama tumbled out of the comfortable confines of Raj Bhavan, the Nationalist Congress Party (NCP) seems to have been catapulted in an enviable position of being the new ‘king-maker’ in Maharashtra, political sources said.

With 54 legislators, it can swing the game for either the Bharatiya Janata Party (BJP), or a Shiv Sena-led alliance including two-decade old allies Congress-NCP.

For the present, the NCP has opted for the latter option, as the day started with the surprise swearing-in of BJP’s Devendra Fadnavis as the new Chief Minister and NCP’s Ajit Pawar as the Deputy Chief Minister by Governor B.S. Koshyari.

The BJP quickly claimed that it had the support of all the 54 NCP MLAs besides others from other parties and Independents. Though the details were not specified, the BJP hinted at a figure of 170-plus legislators in its favour.

Shortly after the news tumbled out of the night-long drama culminating in the swearing-in ceremony, an emotional NCP MP Supriya Sule reportedly called up her father Sharad Pawar and said that she had “lost her dear brother” Ajit Pawar forever, and all relations would be severed with him.

Even an edgy and stunned Sena President Uddhav Thackeray was reportedly in two minds after the developments and avoided frantic calls from Sharad Pawar.

It was only after the intervention of some common party friends that Uddhav Thackeray relented and called up Pawar. After he was reassured by the latter, Uddhav Thackeray finally travelled to south Mumbai to meet with the Congress-NCP leaders and address a joint media briefing.

As the day progressed, ‘hunting teams’ of the Sena-NCP spread out in different parts to search and get back their missing legislators from various places where they were allegedly confined or kept in hiding.

Some of the missing MLAs who returned had guilt writ large on their faces, while several apologised and even fell at the feet of both Uddhav Thackeray and Sharad Pawar and vowed not to repeat their ‘misbehaviour’, said party sources.

The battle is far from over as by late evening, some 35 legislators, including around 11 of the 15 who had allegedly rebelled along with Ajit Pawar, were now safely back inside the NCP stables, though efforts were on to ‘trace’ the remaining MLAs.

While three legislators have reportedly bolted out of the state, Ajit Pawar himself is cooped up at his brother’s home in south Mumbai since this afternoon, avoiding all calls from NCP leaders and family members.

Leaders of Shiv Sena, Congress and NCP indicated clearly that with most of their flock of MLAs largely being accounted for, their next target will be to ensure the defeat of the Fadnavis government on the floor of the Assembly, tentatively scheduled for November 30.