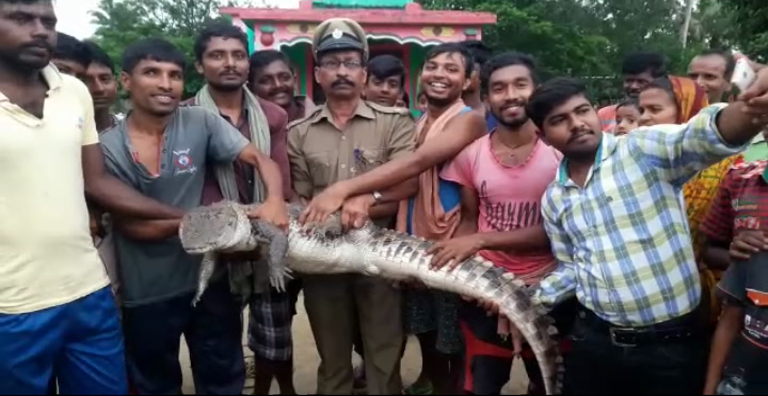 Malkangiri: The locals successfully rescued a huge crocodile from a pond this morning at Kalimela area in the tribal district of Odisha.

The six-ft-long crocodile was caught by the villagers with the help of a net in the pond. Later, they handed over the reptile to the forest department.

According to reports, the panic gripped MV 78 village under Kalimela block after a crocodile was spotted in a pond six months ago.

Although, the villagers had informed the forest officials for rescue, the latter denied to catch the crocodile and suggested them get it out from the pond on their own efforts.

Putting life at risk, few villagers dared to catch the crocodile laying trap in the pond and successfully rescued it from water on Monday morning.

Use aloe vera to lose weight quickly; here’s how