The incident came to the fore when the child narrated the ordeal to his father a few days back. 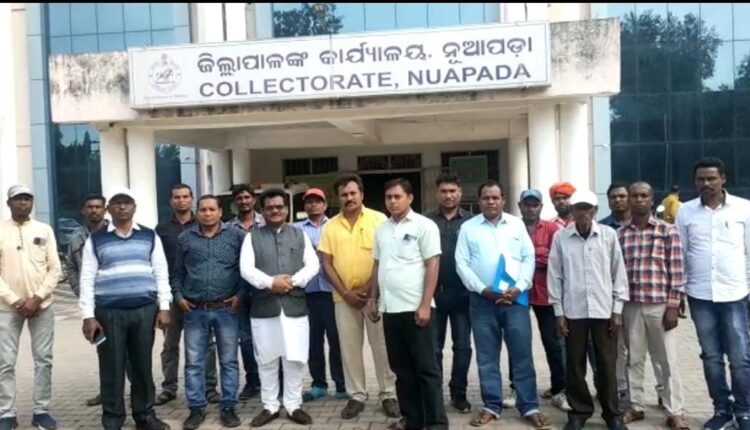 Nuapada: Tension ran high as an association of parents and guardians staged an agitation outside the Collectorate alleging that a Class 4 student was thrashed with chappal by one of the teachers at the Anwesha hostel in Khariar Road of Nuapada district in Odisha. The incident came to the fore when the child narrated the ordeal to his father a few days back.

Sources said on November 14, one Shobharam Mahanand of Gotama village  had gone to fetch his son Laxman who was studying in Class 4 and staying at the Anwesha hostel in Khariar Road. When they returned home, Shobharam asked Laxman why he looked pale. Laxman then reportedly shared how he was recently beaten up with chappal by a female teacher in the hostel.

As the news spread, irate parents and guardians took up the matter and on Saturday, walked towards the Collectorate raising slogans and demanding the district administration to take immediate action against the accused teacher.

“We got to know about the incident recently. This is absolutely unacceptable. On behalf of all parents and guardians, I urge the district welfare department to look into the matter and take immediate action,” said one of the protestors.

“I went to get my son from the hostel a few days back. He looked sick and mentally distressed. When I asked, he shared how he was thrashed with a chappal by one of the teachers. He however did not name the teacher,”  Shobharam told mediapersons.

Meanwhile, official sources maintained that they were unware of the incident. “We have no information about this. I have asked the additional superintendent of the hostel to carry out an inquiry and submit a report. After that, we will take needful action against the teacher,” the district welfare officer said, while adding that earlier a similar allegation had come up from a Class 8 female student’s father but the girl later dismissed the complaint as false and concocted.