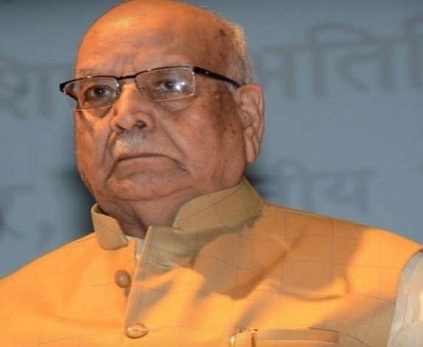 Lucknow: Madhya Pradesh Governor Lalji Tandon (85) passed away here on Tuesday after a prolonged illness. His son and UP minister Ashutosh Tandon confirmed the news.

Lalji Tandon was admitted to the Medanta hospital on June 13 after he complained of urinary problem and fever. He, thereafter, developed complications in liver and kidney and even underwent a surgical procedure.

He was put on ventilator later.

Born on April 12, 1935, Tandon is survived by his wife Krishna Tandon and three sons.

The veteran leader has served as a member of the Uttar Pradesh Vidhan Parishad for two terms and also remained the Leader of House of the Council.

He was elected to the Vidhan Sabha for three terms and was a minister in BJP and BSP -BJP governments.

In 2018, he was appointed Governor of Bihar and shifted to Madhya Pradesh in the same capacity in 2019.

Say ‘good-bye’ to hair fall with these 10 foods