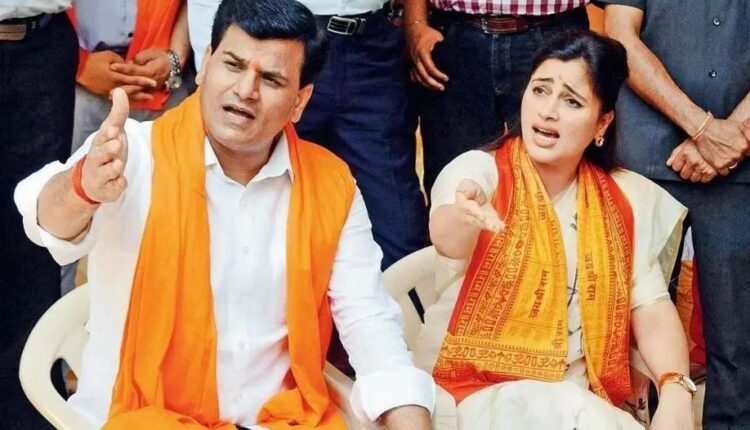 Mumbai: A Mumbai court on Wednesday granted conditional bail to independent MP Navneet Rana and her MLA husband Ravi Rana, who were arrested in the ‘Hanuman Chalisa’ recital case.

The couple was arrested from their home after giving a call for reciting Hanuman Chalisa outside Chief Minister Uddhav Thackeray’s private residence.

According to their lawyer Rizwan Merchant, the duo shall be released on a bail of Rs 50,000 each, ordered not to speak to the media pertaining to the case under investigations and refrain from tampering with evidence, etc.

The Rana duo was booked and arrested by Khar Police Station on April 23 and slapped with several charges, including sedition, breach of public peace, making inciting statements, and other sections for their plans to chant ‘Hanuman Chalisa’ outside the Thackeray’s personal home, ‘Matoshri’ in Bandra east.

The Special Public Prosecutor Pradip Gharat argued that chanting of Hanuman Chalisa could incite religious passions, which was strongly opposed by the Ranas’ lawyers.