The woman, Shweta Mohapatra, who was seen at the police station with her 11-day-old infant, said she had to approach the DCP as police did not act on her complaint earlier 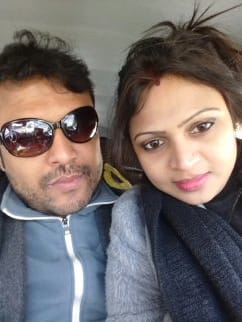 Bhubaneswar: Alleging torture by her husband and non-action of police after she reported the matter a few months back, an Odia album actress knocked the doors of the DCP office on Friday seeking justice for her and her new-born daughter.

The woman, Shweta Mohapatra, who was seen at the police station with her 11-day-old infant, said she had to approach the DCP as police did not act on her complaint earlier. As per her claims, Shweta had filed a case with Mancheswar police after she was attacked by four unidentified persons on March 25 this year. She was four months pregnant then.  The attack was reportedly planned by her husband Birat Mohapatra who wanted to torture her as he was unhappy with Shweta’s second pregnancy. But no action was taken against him even after filing a case.

During interrogation, Shweta, who hails from West Bengal, told the police that she met Birat when she was doing Odia albums and music videos here and got married to him in 2016. The couple has  two daughters. Birat owns Rajdhani Furnitures and three other restaurants in the Capital. The two of them initially got along well. In March, Shweta got to know that she was pregnant with their second child. Birat, however, did not want to keep the baby and was torturing Shweta since last five months hoping that it would lead to a miscarriage. He also allegedly sent the goons to attack her after which Shweta approached the police for help.

Shweta also got to know that Birat was already married when he met her and this was his second marriage. Meanwhile, Birat refused to accept her second child after birth and even claimed that the baby was not his, leading Shweta to once again seek police help.

“I met Birat during music album shoots some of which he was financing. He said he was unmarried until now as he was caught up with his business. He never left me for a moment in the first two years of marriage. Moreover, no woman came and opposed our relationship like I am doing. So I never suspected. When he got to know I am again pregnant in March, he was unhappy and started assaulting me. He used to thrash me hoping it would kill the child and even sent people to hurt me. Now he refuses to accept the baby,” she told the police. When asked about her next move, Shweta said no matter what course law takes, she will fight for herself and the baby.