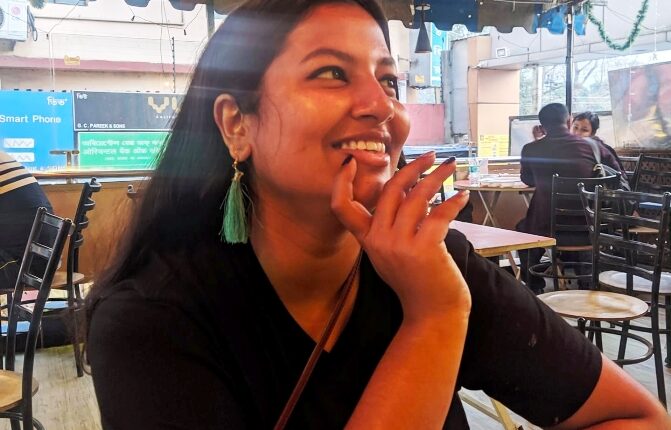 Bhubaneswar: The Sambalpuri ‘Mathematical Equation’ saree which Bollywood actress Vidya Balan wore for promotion of her recently-released film ‘Shakuntala Devi’ has finally got its keeper.

Twenty-year-old Odia girl Debanshi Mishra, who is studying in studying at IIT Guwahati, has won the online auction of the Sambalpuri Bandha Silk Saree with a bidding price of Rs 55,000. The received money will be presented to Bhagabata Meher, weaver of the traditional masterpiece from Odisha, informed Utkalamrita on its social media handle.

7 handloom textiles from Odisha for every traditional clothing lover!

Worth mentioning, the saree was delivered to the actress by Bhubaneswar-based Sabat Exports Private Limited under the brand name of Utkalamrita.

Thanking all participants of the e-auction, Utkalamrita wrote in its social media post, “Finally, we have our winner. With the winning bid of Rs 55,000, 20-year-old talented Odia girl Debanshi has placed her stamp firmly on the same piece of Shri Ganeet Sambalpuri Bandha silk saree, worn by Bollywood Diva Vidya Balan earlier on July 30 for promotion of Shakuntala Devi.” 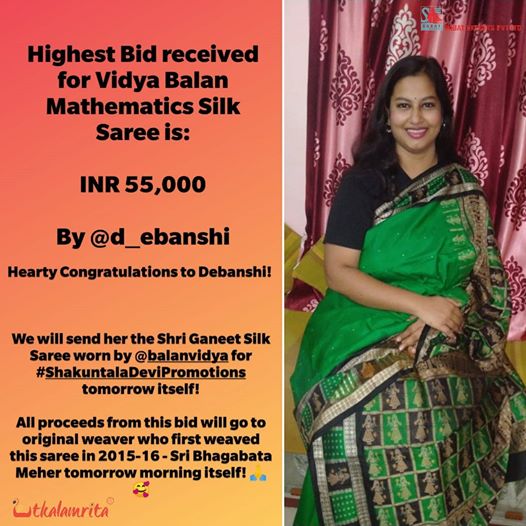 “Today, the entire received money will be sent to the original weaver, who had woven the saree in 2015-16. And, we will send the very special Shri Ganeet silk saree to Debanshi,”  the clothing brand said.

Worth mentioning, Vidya after wearing the saree had shared a velfie on social media and praised its weaver. Later, she had returned the saree as promised. After Vidya’s velfie went viral on social media and many people showed interest in purchasing it, Anita Sabat and Amrita Sabat, co-founders of Bhubaneswar-based Sabat Exports Private Limited, decided to auction the masterpiece handloom and give auction money to the weaver.

The online auction for the  saree was closed at 10 PM on August 20.

Plus II Admission process begins in Odisha; know how to apply

I aspire to take Kotpad story to global audience: Odisha…

Actor Archita dazzles as showstopper for Odisha handloom in…