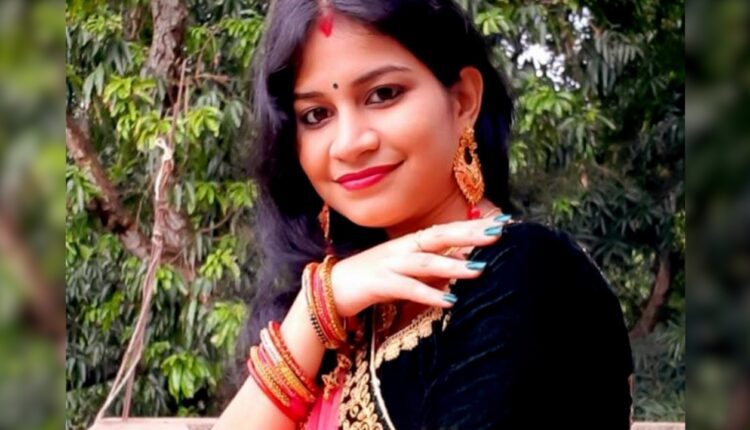 Bhubaneswar: The mystery behind murder of a married woman in the Odisha Capital today afternoon which sent shockwaves was revealed by the Commissionerate Police.

The police said the accused, Jagannath Pradhan from Bada Mangalpur of Jajpur district made a video call to the husband of the woman, Priyanka Priyadarshini Sahu today afternoon after killing her. The accused confessed to murdering Sahu.

Bhubaneswar DCP Umashankar Dash said statement of the accused, who has been undergoing treatment at the Capital Hospital, was recorded and investigation into the woman’s murder is on.

Worth mentioning, Pradhan tried to commit suicide by cutting his wrist at the woman’s rented house after killing her.

The DCP further stated Priyanka Priyadarshini Sahu and Jagannath Pradhan were known to each other. But for the past few months, they were not in good terms, the DCP added.

However, the police did not divulge details behind the motive of murder.

At around 12:25 PM today, the woman’s husband, Rakesh Kumar Sahu called up the police control room saying that someone has killed his wife at the rented house at Plot no A/L-1, Bhimtangi Housing Board Colony, Phase-1 under the Airfield police station. Sahu also mentioned an unknown youth was lying unconscious inside the house.

Sahu further informed the police control room that after receiving a video call from an unknown number he called up the house owner and requested him to check the house. When the house owner and his son reached Sahu’s house, it was found to be locked. They broke open the lock and found Priyanka Priyadarshini Sahu lying in a pool of blood and another youth lying unconscious in the bed room.

The house owner told Sahu about the matter who in turn narrated the details to the police control room.

The police personnel along with the forensic team reached the spot and launched an investigation.

The police said upon examination the accused said he had preplanned to murder the woman and her three-year-old son. A hand-written note was also recovered from the crime spot in which Pradhan mentioned on his plans to kill the woman and her son.

The woman’s son has been saved as he was playing at the landlord’s house when the accused killed her.

Two blood stained knives and other evidences were seized from the spot, the police added.