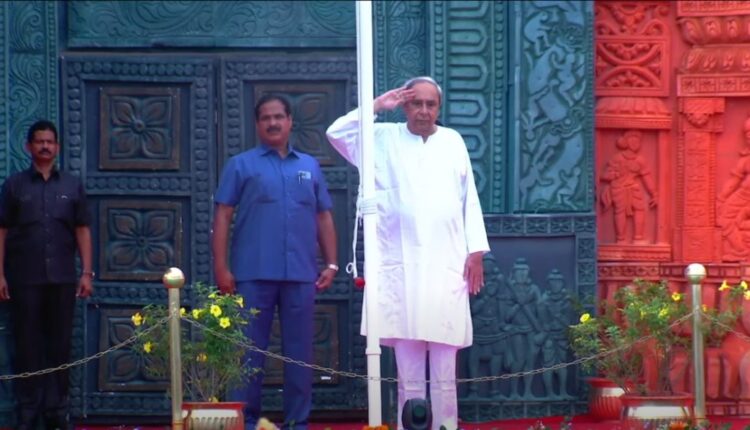 Extending his greetings and wishes to the people of the state on the occasion, Patnaik remembered the freedom fighters for their sacrifices and contributions, for which the country achieved freedom from British rule.

Also Read: Independence Day-2022 in Odisha: Who will unfurl National Flag Where

He also paid tribute to all soldiers, who laid down their lives in the line of duty.

“Odisha has been a guide for the country in several fields. It has become a sports hub of the country. The state has done an excellent job for the development of tribals and also emerged as a food surplus state in the country. In the last 75 years, Odisha has shown a roadmap to the country in various fields,” said Patnaik while addressing the event.

On the occasion, Patnaik also flagged off Ahimsa Ratha and inaugurated a photo exhibition to mark 75 years of independence.

Biden calls India, US ‘indispensable partners’ as he extends wishes on I-Day

Corruption like termite and nepotism has dented India: Modi