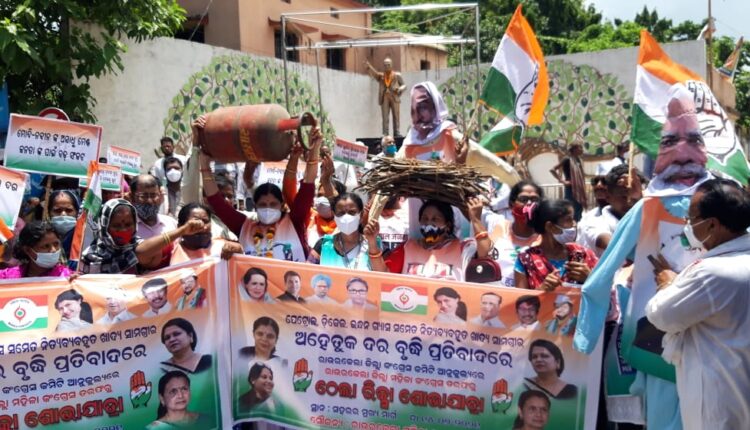 Bhubaneswar: Protesting against the hike in prices of petrol, diesel and LPG, Congress leaders and workers took to streets at different places across the state today.

As part of the protest, Congress workers led by senior leader Pradeep Majhi and MLA Suresh Routray took out a cycle-rally from party headquarters to Ram Mandir here.

In Rourkela, members of the district Congress staged demonstrations over fuel price hike. Holding banners and party flags, the protestors took out a rickshaw rally in the city.

Worth mentioning,  Odisha Congress has resorted to a 11-day statewide protest since July 7 over fuel price hike. On July 17, the party workers will hold a signature campaign in front of all petrol pumps.

Meanwhile, the party has extended its support to Odisha Bandh to be observed by left parties on July 15 (tomorrow) over rise in prices of petrol, diesel and essential commodities. The shutdown will be observed from 6 AM to 12 noon.

Odisha Congress has urged consumers not to buy petrol and diesel on July 15 as a mark of protest against the price rise.