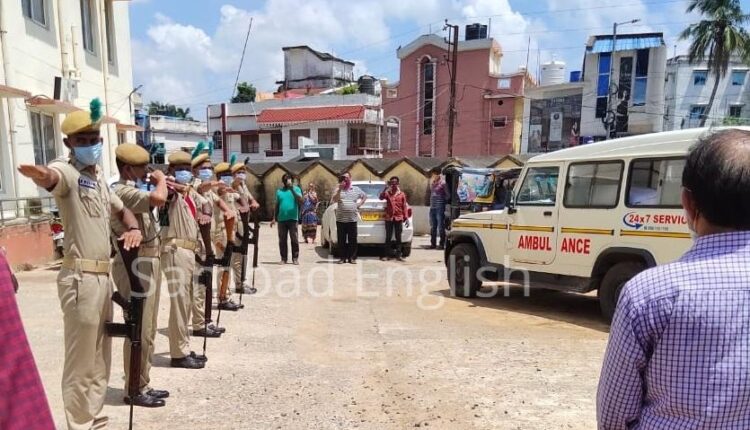 Balasore: A doctor who had recovered from COVID-19 died in Odisha’s Balasore district yesterday. The deceased has been identified as Nihar Ranjan Parida of Basta area.

According to reports, Parida was working at the Jaipatna Hospital in Kalahandi district. He had tested positive for the virus around 10 days ago and was admitted to the KIMS COVID Hospital in Bhubaneswar for treatment.

He was discharged from the hospital couple of days ago after recovering from the disease. However, he complained of illness at his house yesterday, following which the doctor was shifted to an isolation ward on the premises of FM College here. He breathed her last at the ward around 2.30 AM, reports said.

The mortal remains of the COVID warrior were brought to the District Headquarters Hospital here today and accorded a guard of honour by police.

No Lockdown/Shutdown in Odisha cities for candidates appearing in JEE, NEET exams