Odisha dance troupe selected to perform on R-Day in New Delhi; only from east zone 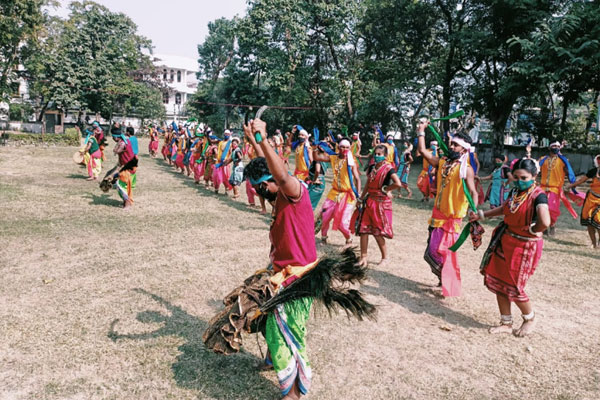 Bhawanipatna:  Bajashala dance troupe, a folk dance group from a talent institution in Kalahandi’s Bhawanipatna city has been selected to perform on the 2021 Republic Day parade at Rajpath in New Delhi.

As per reliable information, the troupe will be the only team to represent Eastern India at the Rajpath on January 26. It will be presented at the parade by the Eastern Zonal Cultural Centre (EZCC), Kolkata under the Ministry of Culture.

For this, an 80-member Bajashala dance troupe, managed by Guru Dhyananand Panda, Chintu Prasad Naik, and Debesh Singh, will move to New Delhi from Kalahandi on January 3.  They will start rehearsing for their performance in the Republic Day parade after landing in the National Capital.

All the preparations for the final performance will be done under the aegis of the Ministry of Defense.